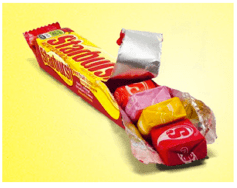 MyLikes, an advertising platform based on spreading personal product endorsements through social networks, announced today that it raised a $5.55 million round led by Khosla Ventures.

Started in January last year, the service enables anyone to sign up and spread endorsements of products they like. Users select desirable products and “Like” them on MyLikes, which then spreads them as endorsements on their social networks — Twitter, Facebook, YouTube, and others — and pays out a per-click rate to the user. 200,000 publishers, including celebrities like Khloe Karadashian and Snooki as well as niche tech personalities like Robert Scoble, have signed up to the service.

In addition to the funding, the startup is also announcing the addition of Gmail creator Paul Buchheit, who recently left Facebook to join startup incubator Y Combinator, to its board.

Last year, MyLikes raised a $630,000 seed round consisting almost entirely of former Google employees. Other investors in its Series A round include Lightspeed Partners and Metamorphic Ventures.