Team Meat's comments about Microsoft may tinge upon hyperbole, but they're simply adhering to the old tradition of griping loudly until something happens. 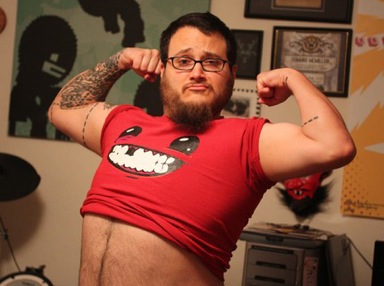 Super Meat Boy creator Team Meat slams Microsoft for apparently reneging on advertising promises. Co-founder Tommy Refenes described the indie platformer's rocky launch at the Game Developer's Conference in San Francisco today, recounting how Microsoft purportedly abstained from any Xbox 360 Spotlight promotions for the game until the last minute. "It finally went up halfway through our launch day," Refenes said. "It was the number four spot; it wasn't number one." Team Meat's bearded other half, Edmund McMillen, succinctly shared his thoughts by saying, "It was a fucking mindfuck. It was really confusing. At that point I think we were so fucked up in our heads from development, it almost felt like, 'Are these people out to get us? What's happening here? Did we do something wrong? Are they trying to screw us because we did something wrong?'" McMillen's comments clearly demonstrate the need to release one's inner salty sailor from time to time. [GamesIndustry.biz]

Catherine (you know, that weird game with the sheep) is confirmed for a North American release. On its official website, Atlus' "HD adult horror title" has a "Summer 2011" release, with Amazon's listing elaborating the date to July 26. I'm still unsure what all the fuss is about this game, besides its origins from the creators of the Persona RPGs and being fodder for the weirdest dreams ever. Perhaps we're just overdue for an adult-themed descent into madness?

A moment of silence for Panasonic's gaming handheld "Jungle" and its journey into the great hardware dumpster in the sky. Panasonic abruptly ceased development of its project to produce a gaming handheld to rival Sony and Nintendo's devices today, culling the prospect of heightened handheld market diversity and causing gamers worldwide to scratch their heads and utter, "Jungle what?" In an official statement, Panasonic said its decision to cut the project arose from "changes in the market and in our own strategic direction." I can think of no better epitaph than Bitmob staffer Jasmine Rea's CSI: Miami-worthy remark: "Clearly the Jungle wasn't full of fun and games." [Reuters]

Cloud gaming service OnLive is stocking a slew of Square Enix franchises. Games from the Tomb Raider, Deus Ex, Thief, and Hitman series will appear in OnLive's PlayPack subscription service within a few weeks. "With the addition of these classic and highly popular game titles from Square Enix, OnLive PlayPack members will further enjoy a rich and cost-effective gaming experience," said OnLive founder and CEO Steve Perlman in an official press release. "We're proud of our strong partnership with Square Enix and we look forward to providing a solid and effective platform for their current and future game titles." Tread lightly, OnLive — you don't want to be buried under a backlog of repetitive Final Fantasy games.