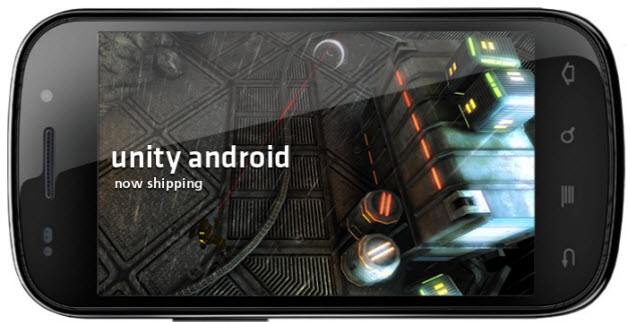 Desktop computers moved to 3D graphics a long time ago. But mobile technology is moving fast toward adopting a better 3D experience. One sign of that is the announcement today that Unity Technologies will now be able to support cool 3D graphics on Android mobile devices.

The Unity plugin is already available to create cool 3D graphics on Apple devices. But now it is casting a wider net and the net result is that mobile computing devices will get closer to matching the PC when it comes to visualization. It also means that 3D graphics will likely run equally well on a lot of different smartphones and tablet computers, regardless of who makes them, because they all tap the underlying Unity 3D browser plugins. The company made the announcement at the Game Developers Conference in San Francisco today.

Games with cool 3D graphics must often be loaded onto a computer via a DVD. Or they can be downloaded over the web in a very long transfer of gigabytes and gigabytes of data. That means anyone with a weak computer or a slow broadband connection can’t play those games on their desktops. And forget about playing on a laptop or netbook.

But Unity makes a plug-in for web browsers that allows them to display high-end graphics without the disk loads or time-consuming downloads. If developers fashion their games using Unity’s development kit, their games will be able to run in web browsers. Today’s announcement means it will be much easier to create 3D games and get them to run on Android devices, not to mention other devices running Unity software.

Unity’s technology will likely always lag the performance capabilities of games that are stored on computers, but if it becomes good enough for most games, it could have enormous implications. One of them is the removal of friction from online games. Many online games with sophisticated 3D graphics can’t reach broader audiences because of the limitations of users’ computers and broadband connections. If those barriers are overcome through Unity’s plug-in technology, (which could eventually be built into browsers), then a lot more people would be able to play online games. That’s why Unity has 400,000 developers using its development kit.

Upcoming Android devices that will be supported by Unity include Nvidia Tegra 2-based tablets and the Sony Ericsson Xperia Play Smartphone. 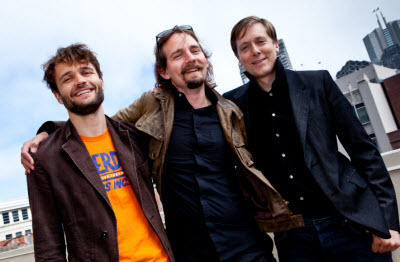 Another sign of improving 3D support was an announcement on Sunday by Adobe that its Flash player will soon be able to support hardware-based 3D acceleration. Code-named Molehill, the Adobe technology will let devices that it is running on use available 3D graphics hardware to accelerate the Adobe software so that it runs much faster on the particular device.

If developers can build games with 3D graphics in Flash, then it might seem like there is no need for developers to use the Unity 3D engine anymore. But the Adobe solution doesn’t come with many of the developer support tools that Unity provides. And Unity has argued that its plugin will be better suited for some tasks than the Flash player.

The same goes for Epic Games’ Unreal Engine, which is moving from high-end desktop PCs to mobile devices as well. That means that the whole space is becoming more competitive and that there could be multiple ways to do 3D on the web and mobile devices in the future. The end result will be that consumers will soon be able to enjoy eye-popping 3D without a lot of the bad side effects such as requiring a more expensive device or waiting for long downloads.

Another potential rival is Web GL, an emerging standard supported by Google Chrome, Opera, and Firefox. That technology will enable web browsers to display 3D graphics without a plugin.

Unity has 100 employees. It has raised $5.5 million from Sequoia Capital and angels Diane Greene and David Gardner. Unity was started in Denmark and moved to San Francisco. The company’s platform is compatible with a wide number of systems, including the iPhone, iPad, PC, Mac, Android, Wii, Xbox 360 and the PlayStation 3. Game publishers using the platform include Electronic Arts, Disney, Cartoon Network, Bigpoint and Nexon. So far, users have downloaded the plug-in to play games based on Unity tens of millions of times.

The company was founded in 2003 by Helgason (pictured, right), user experience chief Nicholas Francis (middle), and chief technology officer Joachim Ante (left). Their goal was to democratize game development by making tools that anyone could use to create a cool 3D game.

“Since its introduction in 2005, Unity has gone from bedroom geekery to truly mainstream and won dozens of prestigious awards and accolades,” said Helgason.