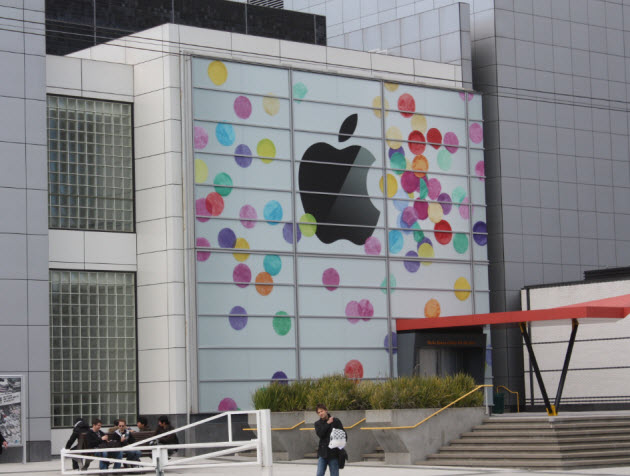 Everybody knows that Apple is launching the iPad 2 today. But nobody really knows what it is. We’ll be at the live event writing about the announcement as it comes down at the Yerba Buena Center for the Arts (pictured yesterday) in San Francisco.

The announcement takes place at 10 am and happens just a half hour before Nintendo chief executive Satoru Iwata takes the stage next door at the Game Developers Conference in the Moscone Center. The fact that Apple chose to unveil the iPad 2 right on top of the Nintendo announcement tells you a lot about who the competition is. The iPad 2 is sure to be a cool gaming device, competing head to head with Nintendo’s market-leading game device. Nintendo will launch its new 3DS handheld — which can display glasses-free stereoscopic 3D — on March 27.

The original iPad blew the tablet market wide open last year, selling nearly 15 million units in 2010 after debuting in April. But the iPad 2 will launch into a much different environment, with lots of competition from the Motorola Xoom and other Android 3.0 tablet computers. More rivals are coming every day, from RIM’s BlackBerry PlayBook to Hewlett-Packard with its upcoming WebOS Touchpad tablet.

The seven key questions we’re waiting to have answered are:

We hope we’ll get the answers today.