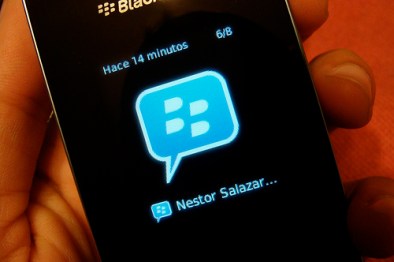 Research in Motion is planning to bring its popular BlackBerry Messenger (BBM) app to Android and Apple’s iOS, according to the mobile site Boy Genius Report.

Sources tell Boy Genius Report that BlackBerry Messenger will land on Android first, while support for the iPhone and iPad will come later. RIM is apparently still trying to figure out how to charge users for BBM on other platforms. It could offer the app completely free, charge a one-time fee, or charge a recurring subscription fee. (I don’t think the latter is very likely.)

By bringing BBM to other platforms, RIM is clearly taking aim at popular new mobile messaging apps like Kik and Beluga. Those apps are heavily inspired by BlackBerry Messenger — so much so that RIM booted Kik off of its BlackBerry App World store.

It also makes sense that RIM is hoping to bring BBM to Android first, as the company seems to be working on bringing Android app support to its PlayBook tablet and future phones. RIM may offer a stripped down BBM experience for Android and iOS users, meaning they may not be able to share things like photos and their locations. The hope is that using BBM on other platforms will convince users to jump to BlackBerry devices.

Honestly, RIM should just offer the full-blown BBM experience for free, as that could easily make it the leading mobile chat company. That market dominance will be more important than the minor revenue it would earn charging for the app, or the vague hope that users will adopt BlackBerry phones after getting a taste of BBM.