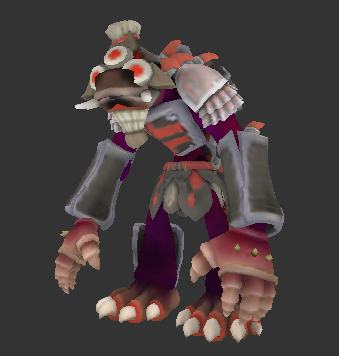 An industry consortium including browser makers Apple, Mozilla, Opera and Google today announced it has created a final standard on how to deliver built-in 3D graphics in web pages that won’t require a plug-in or add-on to the browser.

WebGL, as the technology is known, could become a critical technology in giving ordinary web pages a 3D makeover. If it becomes widely adopted and wins support from browser makers such as Microsoft, then 3D could infiltrate a whole new series of web-based apps. Right now, many web sites don’t use 3D graphics because they fear that users don’t have good enough PC hardware to process the 3D. So WebGL is aimed at unleashing a huge sea of graphics innovation on the internet. (Cool demos are here, once you upgrade your browser.)

Neil Trevett, vice president at Nvidia and president of the consortium Khronos Group, said the new technology could lead to a wave of innovation in web gaming, education, training and graphically rich user interfaces. Vlad Vukićević of Mozilla and chair of the WebGL Working Group said that WebGL-based browsers will take advantage of 3D graphics hardware in a user’s machine if it is present.

WebGL is a browser version of  OpenGL, the Open Graphics Library specification developed by Silicon Graphics in 1992. You can run OpenGL applications in a browser today using a plug-in from Unity Technologies. But even that plug-in has to be downloaded once, and in a country with uneven broadband penetration, plug-in downloads are an obstacle to widespread adoption.

With WebGL, browser makers will include new code in their future browser versions. Users can download those updates and then can enjoy the benefits of WebGL, as long as web site creators take advantage of their newfound 3D capability. WebGL brings the OpenGL ES 2.0 graphics functions to HTML5 web pages. That means the 3D graphics could be viewed on PCs, embedded devices, and mobile devices.

As we’ve noted before, OpenGL is currently used for video games and for the slick Mac OS X interface. Your Windows PC already knows what to do with it. WebGL will extend OpenGL by allowing websites and Web-based services to access and control OpenGL through Javascript, the programming language that can be built into Web pages. The new standard will not require anyone to contribute royalties, which is sometimes a condition for new standards. Microsoft has not yet embraced WebGL.