Christopher Poole, also known as Moot and famous as the founder of online image board 4chan, has been hard at work on another project called Canv.as. It looks like the site finally has some legs, since Business Insider managed to snoop around a bit.

Poole’s project is worth watching closely, since a lot of sites have tried to replicate the same community energy that 4chan seems to have — for example, the comment streams in news aggregators like Reddit.com — but the 4chan magic just doesn’t seem to pop up anywhere else.

On first impression, I’m really impressed by Canvas It’s elegant and simple — users upload an image to begin a thread where anyone can reply. Commenters can remix the image using images from Google search, stamps or personal uploads. It’s a way to replicate the same kind of trainwreck commentary that generates some of the most famous images edited with Photoshop that then go on to circulate widely on the Internet. In short, Poole may have identified the secret formula behind viral meme generation — an insight that may well have mainstream marketers salivating. 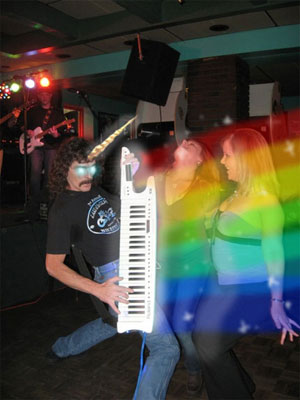 4chan has 4 million monthly visitors in the U.S. and 8 million globally — many of whom are tech-savvy and know their way around image-editing programs like Photoshop. It looks like Canv.as is trying to remove that technical barrier to entry by making it simple to edit images.

On 4chan, the content isn’t curated and there are basically no rules, which is part of the appeal. That chaos, while offputting to conventional publishers and advertisers, ends up breeding some of the most creative memes the Internet has to offer. But the site is plagued with racist remarks and other distasteful content — sometimes even questionably legal content — as a result of the lack of curation. It takes a pretty brave soul to venture over to the main website, much less the site’s random board /b/ — where some of the best content on the Internet takes shape.

It’s nosecret that I’ve spent my fair share of time on similar online community sites. What I’ve learned by watching them is that it’s almost impossible to force a meme to take shape, and it’s completely unintentional most of the time. The only way to increase the chance of producing something popular on the Internet is to produce even more content — another appeal of 4chan, which boasts almost a million posts every day. It looks like Canv.as is designed to do just that, with gusto.

4chan is a tough sell for advertisers. Canv.as seems built to avoid attracting that kind of content and has a little bit more moderation than 4chan does. The question is whether Canv.as can bottle 4chan’s magic — and sell it.

So, Chris, can I get an invite?