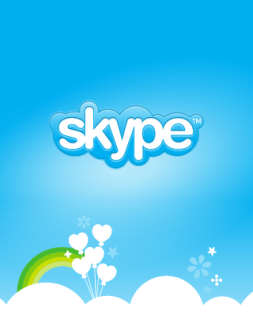 As if Skype’s interface needed more clutter, the Internet voice and video chat company announced today that it’s bringing advertising to its service.

The ads will take the form of large banners that will appear on top of Skype’s Home tab. The company says it’s working with big advertisers like Groupon, Universal Pictures and Visa. The ads will initially appear in, and be focused on, the US, UK and German markets. Skype says it currently plans to show one ad from one brand per day in each market. The ads will begin rolling out this week on the Windows version of the program.

The shift towards ads makes sense for Skype, as it commands some prime screen real estate for hundreds of millions of users. As of last October, the company had 560 million registered users, 124 million of whom use the software once a month. 8.1 million of those users pay an average of $96 a year for the service. In February, Skype reached a milestone of 29 million users logged on at the same time.

The ad revenue will come in handy for Skype, which is reportedly delaying its plans to sell $100 million worth of shares to the public as it waits for the market to settle down and for its new CEO Tony Bates to find his footing.

The company says it may experiment with other ad locations in the future. It’s also taking care not to interrupt your Skype experience with pop-up ads, or ads that get in the way of your conversations. Skype says it will use some anonymous data to help target ads to you, but you can also turn that off in the “Privacy” section of the program’s options.

In December, Skype finally brought video chat capabilities to the iPhone version of its app, following a widespread outage that affected tens of millions of its users. Skype purchased video chat company Qik in January, and rumors pegged the deal at $100 million.

It’s unclear what Skype’s plans are for bringing advertising to other platforms, but I wouldn’t be surprised at all to find it implementing similar ads in the Mac and mobile versions of its software.

Below, you can catch a glimpse of what the ads will look like: 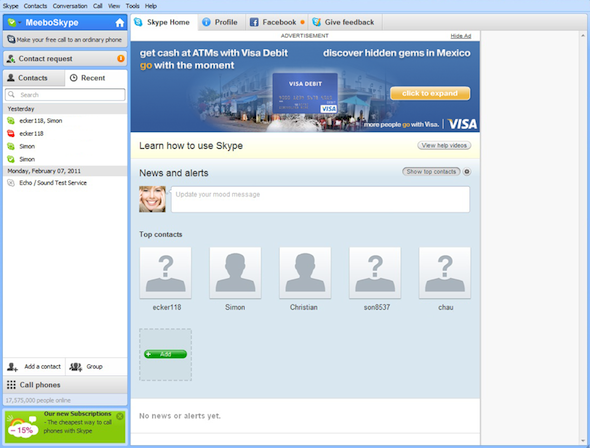