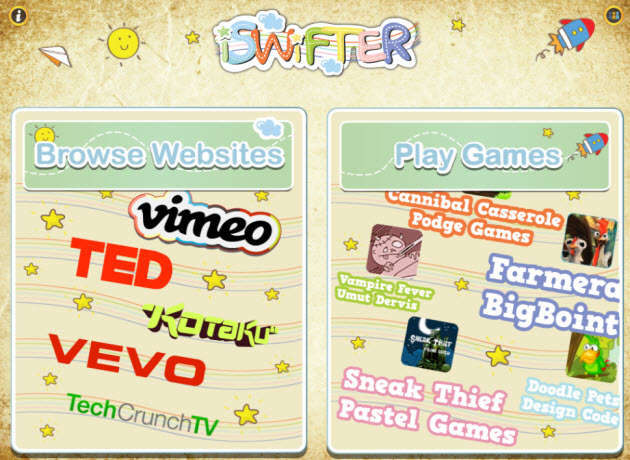 Apple still hasn’t approved Adobe‘s Flash media player for the iPad. But that doesn’t mean you can’t run Flash content on the tablet. iSwifter is announcing today that it has created a browser app for the iPad that allows users to access a virtually unlimited number of Flash content across the web.

Apple still has its objections to Flash, but iSwifter was able to get around those objections with its cloud-based technology. It executes the Flash content in its own data center and then sends video down the pipe to the user’s iPad, which has to be connected to a Wi-Fi connection. By doing this, iSwifter has created a tool can handle the flood of demand for Flash content on an Apple-created device. With iSwifter, users can get to just about any Flash ads, games or videos on the web.

The technology is significant because it can build a bridge between Apple and Adobe, which have been in a state of geek warfare over the performance of Flash. Apple has blocked it on its mobile devices because of performance issues, but Adobe argues that Apple is putting its own self-interest ahead of users by protecting its App Store content from competition from Adobe Flash-based products.

Burlingame, Calif.-based iSwifter secretly launched it a while ago and it has already been downloaded thousands of times and has made it to the top 100 Top Free games. The iSwifter app is available on a try-before-you-buy basis. You can download it for free and if you like it you can pay 99 cents. The iSwifter technology works a lot like OnLive’s cloud gaming service, which focuses on high-end console games. The Flash sites are processed in web-connected data centers. Then they are converted into video, which is then streamed directly to the user.

“We let you see on the iPad exactly what you see on a PC that is running flash,” said Rajat Gupta, founder of iSwifter.

The iSwifter browser competes with the Skyfire browser, which costs $4.99. But Skyfire isn’t really built to handle games or Flash animations. The iSwifter app will work on just about anything, said Gupta. The iSwifter app will also likely be offered on the iPhone and Android operating systems. In the future, it will also be available on Windows Phone 7, Samsung’s Bada gadgets, and the WebOS.

“It definitely makes sense, since there are so many Flash games and videos out there,” said Atul Bagga, an analyst at Think Equity. “This is like a new distribution platform.”

When you load the app, you have two options. You can browse web sites or play games. With the web sites, you can choose from one of the featured links or just type in the web address to go to any web site. For games, there is one game that is available for free each week. The others are available as free-to-play games. After a couple of minutes of playing, the user is prompted to make an in-app purchase to continue playing. If there is a drawback to iSwifter, it is that it needs a constant Wi-Fi connection in order to run, as the video has to be streamed in near real-time to create a continuous and good experience for the user.

It’s worth noting that many Flash web sites are written for PCs and need a mouse and keyboard. That means they won’t work well on a mobile device unless they are redone in a touchscreen-friendly way. But iSwifter has built software — an abstraction layer built into the cloud platform — that captures a user’s touch-based gestures and then converts them into mouse and keyboard-style inputs that Flash games can understand. That conversion is done in real-time, or immediately.

iSwifter is part of YouWeb, the technology incubator headed by Peter Relan, the chairman of CrowdStar, Aurora Feint and Sibblingz. iSwifter has created a Flash streaming service that is operated in the cloud, or web-connected data centers. With iSwifter, game developers can find a way to get their content from one platform to another, even if there is an obstacle standing in their way. The same is true for Flash-based video web sites. iSwifter has 5.5 employees and is hiring.

The service is a great way to get around walled gardens. If companies such as Apple allow the app, it can then bring content that might otherwise not run — or be allowed to run — on the particular platform. By making their games available on iSwifter, game developers can avoid being locked out of certain platforms. And the developers do not have to adapt their games, changing them from one format to another, just to expand their reach to new platforms. 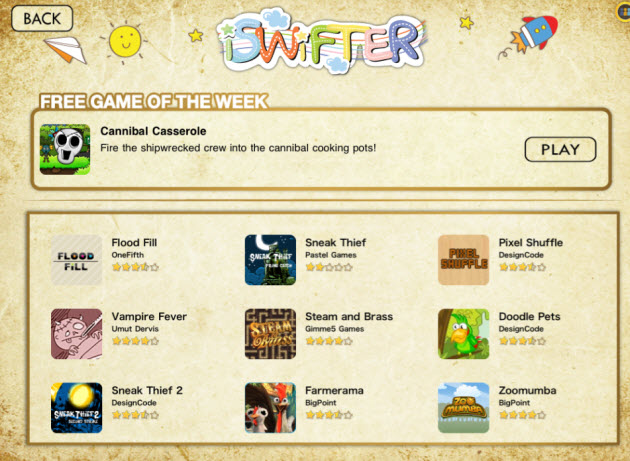