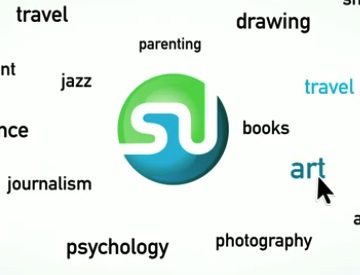 StumbleUpon, the popular social service for discovering content, has raised $17 million in a new round of funding.

This is the company’s second try at the startup game, having been acquired by eBay for $75 million in 2007, then spinning out again in 2009 because content recommendations and e-commerce aren’t exactly a natural fit.

StumbleUpon’s main service is a browser toolbar that lets users “stumble” onto new content based on their previous likes and dislikes and on recommendations from other users with similar tastes. (Update: A company spokesman says, “Our web bar and mobile devices are the primary way people Stumble now.”) Even though the toolbar has been around for a while, traffic is still growing at an impressive pace. The San Francisco company says it now has more than 14 million registered users making more than 800 million content recommendations per month. It also says that its iPhone and Android applications have been downloaded more than 1 million times.