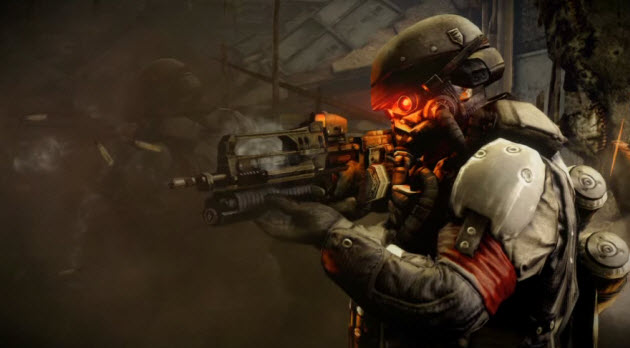 Video game players finally bought enough games in February to push the monthly sales numbers above year-ago figures, with February sales coming in 3 percent above a year ago.

Total sales of game hardware, PC games, console games, and portables rose 3 percent to $1.36 billion from $1.33 billion a year ago, according to market researcher NPD. The report is encouraging since many months have been negative compared to year ago numbers. The core video game industry has been struggling with a slow recovery, aging hardware, and increased competition from gamer time from smartphone and tablet games, Facebook, and web games.  But this report shows that the industry is not necessarily doomed to ever-declining sales.

Software sales (console and portable games sold in stores) were still weak in the month, with sales down 5 percent to $601.4 million from $633.6 million a year ago. Dollar sales were down in part because of lower average selling prices for console games, said Anita Frazier, analyst at NPD.

Hardware sales, on the other hand, were healthy. And accessory sales were up thanks to sales of Microsoft’s Kinect motion-sensing system and sales of Xbox Live point cards. The latter means that users are starting to buy lots of cards so they can purchase digital content, such as movies or Xbox Live Arcade games, online.

Retail sales of console software were up 2 percent, while portable game sales declined. The portable game business was probably impacted by gamers waiting for Nintendo to launch its 3DS handheld game system in March and by sales of competing Apple iPhone, iPod Touch and iPad devices.

Overall, video games as a whole were down 6 percent in 2010. But the game industry has many growing niches, including social network games, mobile games, browser-based online games, used games, game rentals, and free-to-play games on a variety of platforms.

No. 2 was Capcom’s Marvel vs. Capcom 3: Fate of Two Worlds, for the Xbox 360 and PS 3. Ubisoft’s Just Dance 2 for the Wii was No. 3, showing that music games aren’t dead but the trend is moving from faux guitar games to dance games. Take-Two Interactive’s NBA 2K11 was No. 4, and Electronic Arts’ Dead Space 2 was No. 5.

For new releases, there were fewer big titles released in February 2011 compared to February 2010. One of the new games that sold well, but not spectacularly, was Sony’s Killzone 3, pictured above. It came in at No. 8. Bulletstorm, also from EA, debuted this month at No. 7.

Frazier said that the best-selling hardware of the month was the Xbox 360, which had its best non-holiday month ever. The 250-gigabyte version bundled with the Kinect sensor was the driver of higher average selling prices for console hardware. Microsoft said it has now sold more than 10 million Kinect sensors. All hardware systems sold more in February than they did in January. That might be a reflection of an improving economy.

Microsoft said it sold more than 535,000 Xbox 360 consoles in February, up 27 percent from a year ago. Total spending on the Xbox 360 during the month was $475 million, the highest among the consoles.