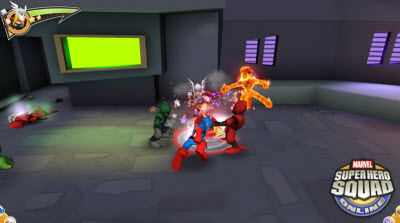 There’s a new gazillionaire in town. Online gaming firm Gazillion Entertainment has hired John Needham, former head of Cryptic Studios, as its new chief executive as the company enters a new stage of its development of massively multiplayer online games.

San Mateo, Calif.-based Gazillion is one of the highest-profile video game start-ups, since it has raised a lot of money ($60 million in its last round alone) and has multiple studios making very ambitious games. Under Needham, the company will complete its shift to a new business model in response to major changes in the way consumers play online games. That’s a wrenching shift, but it’s a necessary one in the face of the disruption happening in the industry.

Needham said in an interview that the company is in the process of converting all of its major games to the free-to-play business model, where users start playing a game for free and pay real money for virtual goods such as decorations or better weapons. That model took off first in Asia and is now sweeping through everything from iPhone games to massively multiplayer online games such as the high-quality games Gazillion makes.

“Free-to-play is gaining a foothold here,” Needham (pictured) said. “That is where the secret sauce is for the industry.”

Needham has been a leader in games since 2001, when he became senior vice president of business development and operations at Sony Online Entertainment. He left Sony in 2008 to become chief executive of Cryptic Studios, an MMO publisher in Los Gatos, Calif. There, he helped publish the Champions Online game, which wasn’t a big success at first but did better after its shift to free-to-play games. He sold the company to Atari and led the launch of the company’s Star Trek Online game, which had mixed results but which Needham says was profitable.

At Gazillion, Needham will have his hands full, because the company is one of the most ambitious in the game business, with three major studios focusing on high-quality online games. David Brevik, a former Blizzard executive, became No. 2 at Gazillion in January, and Needham says he looks forward to working with him. Gazillion has more than 200 employees.

Rob Hutter, former CEO and now chairman, said he welcomes Needham to the new job. Under Hutter, the company has gone through some twists and turns, acquiring studios and shutting one down. Gazillion’s first studio was Slipgate Ironworks, an MMO developer founded by Doom co-creator John Romero. But Gazillion shuttered the game and laid off its staff. Romero left to run his own Facebook games studio, Loot Drop. 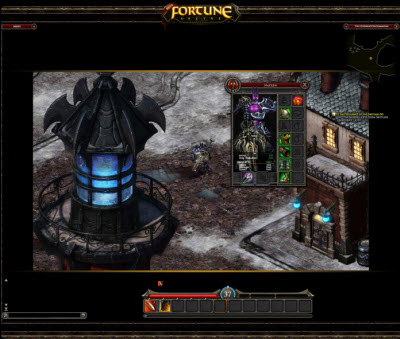 The company’s NetDevil studio in Louisville, Colo., also worked on a work-for-hire game for Lego, dubbed Lego Universe. After Lego Universe launched, NetDevil laid off some of the team and then transferred the remaining workers to Lego, which assumed responsibility for maintaining it. The remaining team at NetDevil is working on Fortune Online, a real-time strategy game for the web.

Another Gazillion studio, Seattle-based Amazing Society, is working on Marvel Super Hero Squad. That kid-focused online game is expected to launch in the coming months in conjunction with a show on the Cartoon Network. And the last studio is Secret Identity Studios in San Mateo, Calif., which is working on Marvel Universe, an MMO based on Marvel Comics characters.

Rivals include Bigpoint, Riot Games and a variety of other online game companies.