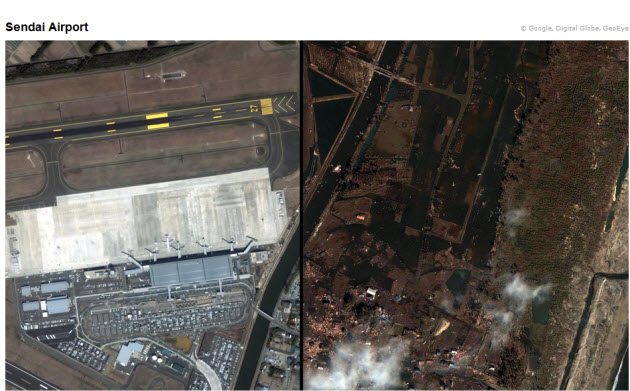 Aerial photos taken over Japan reveal just how bad the devastation is across the affected regions hit by the quake and tsunami. On ABC’s site, these photos show a before and after view of areas such as the Sendai airport pictured above. By moving the center bar across the photos with your mouse, you can see just how much damage occurred.

Google said it is working hard to provide the data directly to response organizations on the ground to aid rescue efforts. That’s a new use of satellite imagery, since it is happening so soon after the quake hit, and it allows damage assessments in near real-time. People far away from the region can use the maps to see whether their homes or those of their friends and relatives are still standing.

If you ever wondered why it would be useful to have instantly updated, real-time satellite imagery, this is clearly the answer.

Google has more information on disaster resources for those in need on a Crisis Response page in English and Japanese. It is also posting updates on Twitter at @earthoutreach. You can view the images in high-resolution by downloading a KML file and exploring it with Google Earth. You can also see imagery in Google Maps or a Picasa album. 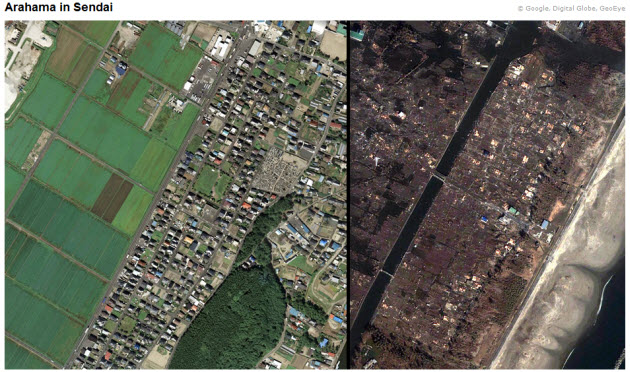 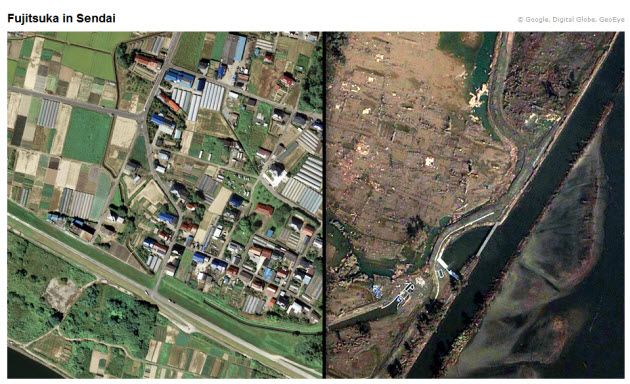 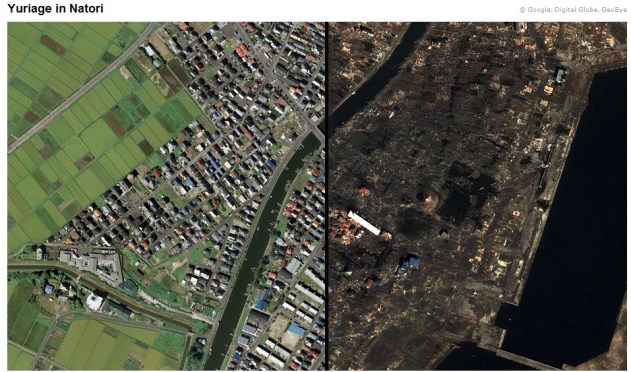