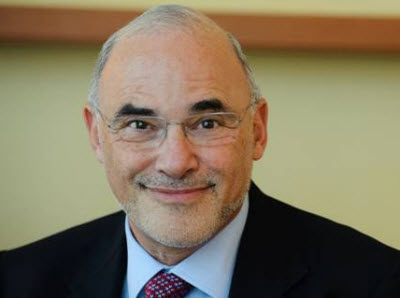 Hewlett-Packard chief executive Leo Apotheker is planning to talk about his strategic plan for the company on Monday afternoon. The Wall Street Journal said he is expected to outline a shift toward online services.

Apotheker is expected to say that HP will grow at least as fast as the tech industry as a whole, but he’s not expected to offer a long-term forecast. HP plans to move into higher-margin businesses and achieve double-digit increases in earnings per share. By online services, Apotheker means cloud computing. The speech is Apotheker’s first major encounter with the press, beyond HP’s financial earnings calls.

Much of the tech world will be paying attention, since HP is the world’s largest technology company, and its direction hasn’t been clear since the board fired (or pressured to resign) previous CEO Mark Hurd in August. Apotheker, the former CEO of SAP, came aboard in November.

HP declined to comment on the Journal story, beyond saying that Apotheker will talk about the Palo Alto, Calif.-based company’s strategic direction. We’ll be covering the event live in San Francisco. Last month, HP reported lower-than-expected revenue for its latest quarter and revised its projection for the fiscal year downward. In the past year, HP’s stock is down 20 percent.

HP has already said it will expand its software business, which accounts for only 3 percent of revenue. The Journal said Apotheker does not plan to grow through huge acquisitions. HP has to compete with a diverse group of rivals including Oracle, IBM and Dell.