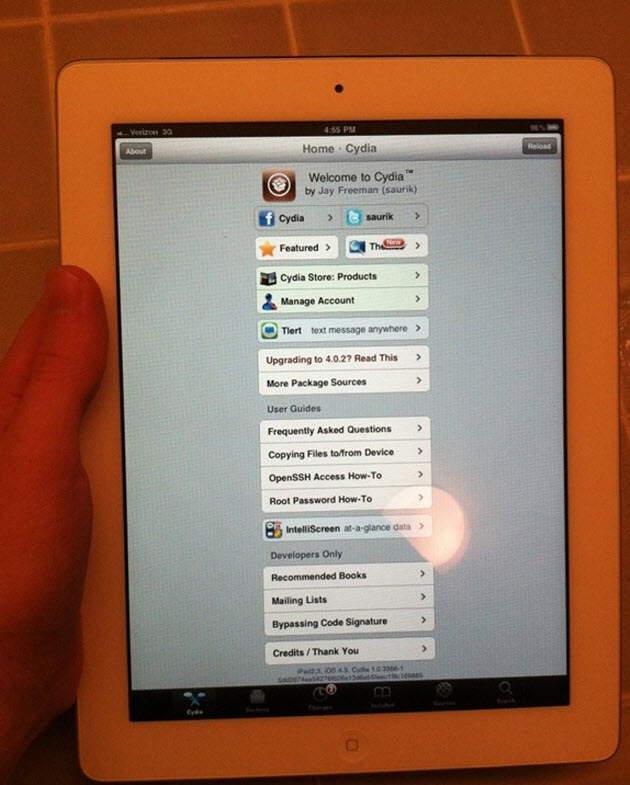 The iPad 2 has been jailbroken already, according to a video posted this evening.

The video shows Cydia 1.1 running on a white iPad 2. (Cydia is a software application for the iOS, Apple’s mobile operating system, that allows users to find and download apps for iOS devices.) The hacker added in a tweet, “Would’ve had it yesterday if I didn’t have to spend 15 days looking for a replacement exploit.”

The speed with which the hacker jailbroke the iPad 2 shows that it’s still pretty easy for hackers to stay ahead of those who try to protect tech gadgets from being hacked. Apple has tried to protect its devices, but hackers have jailbroken just about every new iOS device within days of getting their hands on them.

The hack is believed to have taken longer this time because Apple eliminated previous vulnerabilities with the release of iOS 4.3, which came out just ahead of the new iPad 2.