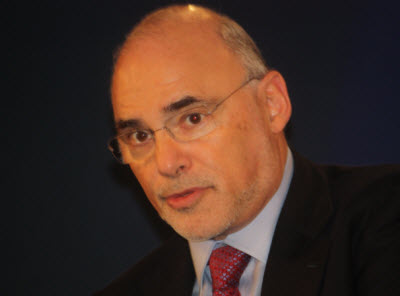 Leo Apotheker, chief executive of Hewlett-Packard, articulated his company’s strategy to make the shift from its dominant position in computing and enterprise hardware to playing a role in the emerging smartphone, tablet and cloud computing markets of today.

The opportunities in this new information age are vast, Apotheker said. “Our vision is to provide seamless, secure, context-aware experiences for a connected world,” he added.

He said HP is financially strong, has market leadership in a variety of markets, and, as the world’s largest tech company, has a huge array of businesses and products. HP ships more than 2 printers per second, he said.

“We have market leadership in virtually every category we compete in,” he said.  “HP is strong, but we realize the world is changing around us as well.” 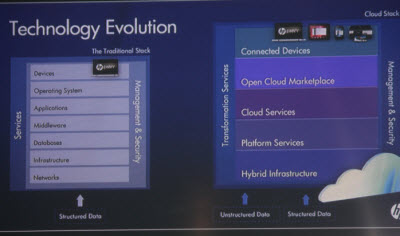 The idea of two separate lives, one professional and one consumer, is over. People have merged those roles in their daily lives. The enterprise requires cloud computing, connectivity, mobility, social media, open standards, and analytics, he said.

“The world is connected, people to people,” he said.”People want information where and when they need it.”

At HP, he said he sees a future that requires a transparent, real-time view of cloud-based business services with lots of interaction with customers, much like IBM said last night in its own strategy announcement dubbed “smarter commerce.” It requires secure information flow across everything.

“Who but HP could provide this?” he asked rhetorically. 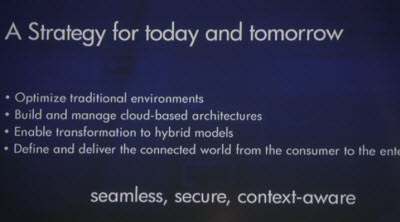 The traditional technology infrastructure for companies is one that HP understands intimately, Apotheker said, but it remains too complex. Cloud-based platforms are simpler and more flexible and versatile for consumers, he said, adding that HP has seven of the top 10 largest cloud providers as customers.

The new ecosystem for tech infrastructure should include connected devices, an open cloud marketplace, cloud services, platform services and a hybrid infrastructure that replaces proprietary infrastructure, he said.

The company’s three strategic focuses will be cloud, connectivity and software, he said.