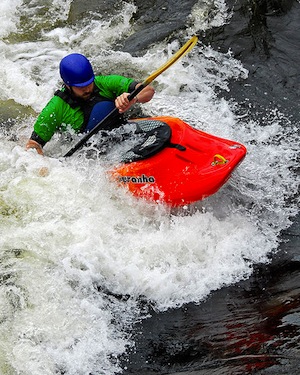 Previously, customers looking to book hotels would use Kayak to aggregate all the deals from across the web and compare them to find the best offer. Those customers would then be referred to sites like Orbitz, Priceline and Expedia to complete the sale, while Kayak would net an affiliate fee.

The move to in-house hotel booking puts Kayak in direct competition with those sites, which have been its prime sources of revenue to date. Its revenues totaled $128 million in the first three quarters of 2010.

Affiliate fees from Expedia and Orbitz accounted for nearly half of its revenues in 2010. However, with nearly three million daily searches done through Kayak, the company thinks it can go head-to-head with these former partners.

For customers using Kayak’s iPhone app, the process of paying for a hotel room previously meant being pushed to an outside company’s website within the browser, which isn’t the best user experience, especially when handling transactions.

“Our users value that we give them choices on where to book, though some people would prefer to complete their purchases without leaving KAYAK,” said Kayak CEO and Cofounder Steve Hafner in a statement to AllThingsD. “For people who use KAYAK’s mobile app in particular, this will make booking much easier.”

Kayak is partnering with Travelocity to power the new hotel booking feature. Travelocity will also handle all transaction processing and customer service to those who book directly on Kayak’s site.

The new functionality is in limited beta starting today and should be fully functional on Kayak’s website and iPhone app in the coming weeks.