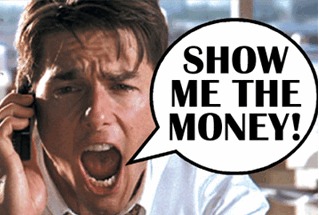 Score one for social media.

A new study has shown it’s not how much you spend on advertising that gets you more favorable mentions on Twitter, it’s how creative you are when putting your brand out there.

The study, released by search marketing agency Covario is a survey of 81 of the world’s largest advertisers as ranked by Advertising Age magazine, and it found that a correlation between money spent and positive opinion did not hold true when extended to all forms of advertising.

The study also found “zero statistical correlation” between a company’s ad expenditures, whether just digital or in total, and its brand sentiment, as reflected by positive Twitter references.

But Covario did find a direct correlation to the amount a brand spent on digital advertising and the amount it is discussed on Twitter, which showed that consumers don’t react to money poured into more traditional advertising, but they do to ads via social media.

Because of how fast word spreads on the microblogging service, Covario CMO Craig Macdonald said Twitter is an ideal barometer for how and where companies are getting the most attention.

“We figured Twitter would be a great place to see if they are getting some return on that investment,” Macdonald told me. “Those brands that spend more should have more brand recognition and more conversation about their products and brands.”

The company then used the platform to measure brand popularity by plugging in search-marketing keywords, then analyzing the sentiment of a brand’s terms across social media sites.

Based on the comments about a brand, Covario then created a score to rank what kind of bang for its buck a company was getting — and where.

“[We saw] that consumers would react positively to brand presence. That they would talk confidently and positively about the brands they heard about the most and saw the most,” said Macdonald.

So who got the most (or least) love across the brands studied?

When measured by industry, brands in the telecommunications industry scored lowest (-0.59 cumulatively) no matter how or where they advertised. Despite it having one of the largest advertising budgets out there, nobody is fond of the phone company.