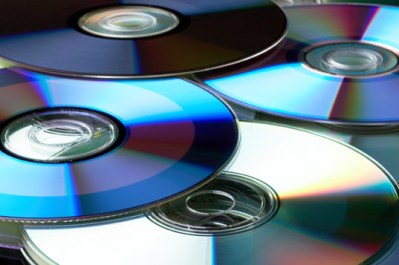 Zediva, which is launching today, is yet another contender in the online movie streaming arena with one curious twist: It literally streams DVD discs to viewers over the web.

By doing so, Zediva is able to offer new DVD releases far sooner than  competitors like Redbox and Netflix, both of which have signed rental delay deals with movie studios in exchange for access to content. The service currently streams video to computers, Android devices and Google TV. Zediva’s other major hook is that it’s cheap: rentals cost a mere $1.99 for 14 days of access to a film, and at the moment you can purchase a 10-film rental pack for $10.

When you rent a film on Zediva, you have access to the DVD for four hours. You can control the video just as you would a standard DVD player, and you also have access to all of the features included on the disc — including subtitles, director commentaries, and extras.

Zediva purchases bundles of DVDs at retail locations the day a title is released, which is how it can gain access to films so quickly. It relies on the first sale doctrine to rent the DVDs — since the company legally purchases the DVDs and isn’t making copies, it shouldn’t have to ask permission from studios to offer the discs. The company even goes so far as to use store-bought DVD players to stream films, so there’s really no argument about how the content is getting to consumers.

Redbox used similar tactics by purchasing hundreds of titles from stores to stock its DVD kiosks, but the movie studios quickly put a stop to that. While Zediva isn’t popular enough yet to attract too much scrutiny from movie studios, it’s just a matter of time before they begin to complain.

While streaming DVDs seems like a creative solution to getting content, it’s also wrought with problems. For example, Zediva only has a limited  number of DVDs, so just like your local video store (or Redbox kiosk), customers will sometimes find movies unavailable. In a world where you can instantly get access to a film from Netflix streaming, iTunes, or Amazon, finding a title out of stock for streaming seems like an archaic problem.

That physical stock limitation will also become a problem for Zediva when it comes to scaling the service. The company currently relies on a data center in Silicon Valley to store its DVD players and movies, but it will likely find expanding difficult if it becomes popular. A typical data server can hold thousands of films for Netflix and can easily push content to more than one user. Zediva, on the other hand, can only grow as much as the amount of DVD players it has, since a single DVD player can only serve one customer.

The company says it has been working on the technology to stream DVDs for two years. It’s been in beta testing for a year and has managed to attract thousands of early users.

Based in Sunnyvale, Calif., Zediva started off bootstrapped and just recently closed its first round of funding.