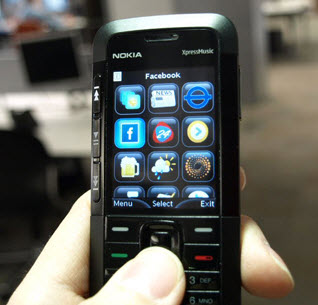 Snaptu confirmed this morning that it has been acquired by Facebook. The social network reportedly paid as much as $70 million for the Israeli startup, which makes apps for feature phones.

The deal shows that Facebook is serious about extending its social network across the entire globe and that most of the world accesses the internet not via smartphones or PCs but through old-fashioned feature phones. To cover the whole market, Facebook needs its app to run on the least expensive phones on the market.

The purchase price wasn’t officially disclosed but the Israeli media came up with the estimated price. Facebook worked with Snaptu earlier this year on a Facebook mobile app for a broad range of feature phones, now numbering 2,500 devices.

“We soon decided that work as part of the Facebook team offered the best opportunity to keep accelerating the pace of our product development,” Snaptu said in a blog post today. “And joining Facebook means we can make an even bigger impact on the world.”

The deal is expected to close within a few weeks. Snaptu said it will work on offering richer and more advanced Facebook apps on virtually every mobile phone.

“Snaptu is a startup run by a highly innovative collection of engineers and entrepreneurs, who we already work closely with to offer a Facebook mobile application for feature phones,” Facebook said in a statement today. “As part of Facebook, Snaptu’s team and technology will enable us to deliver an even better Facebook mobile experience on feature phones more quickly.”

Snaptu was founded in 2007 with backing from Sequoia Capital and Carmel Ventures. Gartner reported that in the third quarter of 2010, smartphones were 19.3 percent of the market, or 81 million units of a total of 417 million.