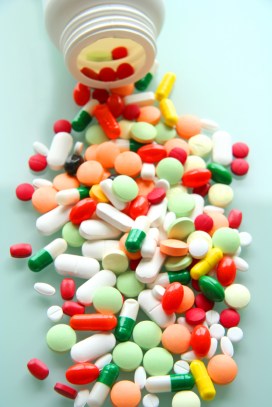 Few tech startups actually save lives. Sproxil may be the rare exception.

The company tags pharmaceutical products in Africa with a scratch-off code (like the code you use to top up a prepaid cell phone). The customer sends the code in a text message to Sproxil’s product authentication service, which verifies if the product is genuine.

Drug counterfeiting is a major problem in the developing world. According to the World Health Organization (WHO), up to 30 percent of drugs sold in developing nations are counterfeit. Up to 50 percent of medicines in countries like Ghana and Pakistan, are substandard, meaning they do not contain doses high enough to be effective. WHO calculates that 200,000 of deaths caused by malaria alone could be prevented if all antimalarials sold were genuine.

There is also a huge financial loss to the drug companies. The counterfeit drug market worldwide estimated at $200 billion by the World Customs Organization (WCO). As a result drug makers have tried many different schemes to verify the authenticity of their products including RFIDs, barcodes and holograms on packaging, chemical tests and laser scanning.

Unfortunately most of those techniques are too expensive or require technology not widely available in the developing world. All Sproxil’s technology requires is a basic mobile phone. 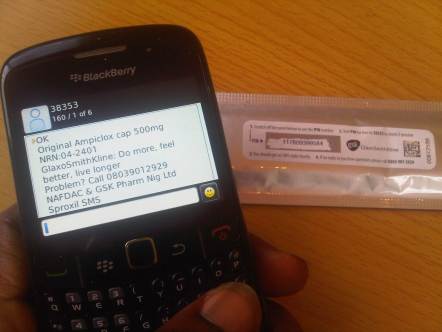 Sproxil has already sold more than 5 million anti-counterfeit labels in Nigeria. The company’s customers include both local companies and global pharmaceutical giants like GlaxoSmithKline, who will add the codes to an antibiotic product that sells around 2 million units a year in Nigeria, and Johnson & Johnson. Sproxil can provide the mobile authentication technology more cheaply than the pharma companies themselves by aggregating multiple pharma clients.

When I talked to CEO Ashifi Gogo last year, he foresaw the codes being used to verify the authenticity of other items such as wines and spirits (fake versions are a major problem in Asia, apparently) and luxury goods. But for now the focus remains on the, potentially lethal, fake drug market.

Sproxil was founded in 2009, has 12 staff members and offices in Somerville, Mass. and Lagos, Nigeria. Prior to this investment the company is privately funded and, according to Gogo, profitable.