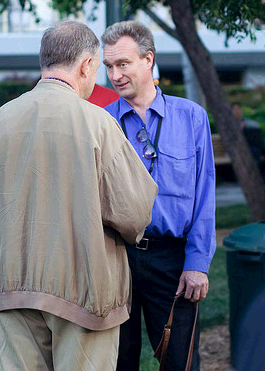 Since joining the company in 1997, Serlet has played a critical role in developing Apple’s operating system, Mac OS X. Although not as well known by the general public as Apple CEO Steve Jobs, Serlet was considered a key figure inside of Apple.

Says Serlet, “I’ve worked with Steve for 22 years and have had an incredible time developing products at both NeXT and Apple, but at this point, I want to focus less on products and more on science.”

Craig Federighi, Apple’s Vice President of Mac Software Engineering, will take on Serlet’s responsibilities and will report to Steve Jobs. Federighi has been managing the Mac OS software engineering team for the past two years.

Before joining Apple, Serlet spent a number of years at Xerox PARC and NeXT. He earned his doctorate degree in Computer Science from the University of Orsay, France.