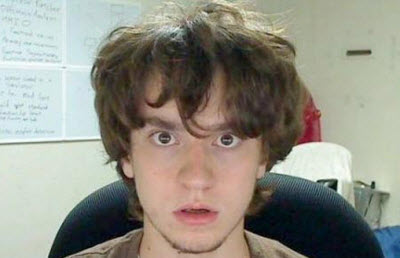 Sony says that 21-year-old George Hotz, the hacker who reverse-engineered the security system for the PlayStation 3, has fled the country to South America rather than face a court over charges that he destroyed evidence.

Sony said in a court filing that Hotz, known as GeoHot, lied about having a PlayStation Network account and destroyed his computer hard disks rather than hand them over to Sony’s lawyers. Hotz allegedly wrote code capable of circumventing the security protection on the PS 3 so it can run unauthorized software and pirated games.

[Update: Hotz’s attorney, Stewart Kellar, told Threat Level and IGN that Hotz has not fled to South America and that the missing components have been provided to Sony.]

Hotz’s escape, if true, is a weird twist in a case that is being closely watched as a battle between a copyright owner and a freewheeling hacker. At stake is whether Sony can stop hackers and users from playing lots of pirated software or unauthorized software on machines that generate billions of dollars in revenue a year for Sony.

A federal magistrate had ordered Hotz a couple of weeks ago to turn over his PS 3 consoles, computers and other equipment, untouched, to Sony’s lawyers. But Sony said that Hotz allegedly erased key evidence that Sony planned to use against him. Sony accused Hotz of violating the Digital Millennium Copyright Act and the Computer Fraud Abuse Act by distributing his tools for “jailbreaking” the PS 3. Sony said it had found through its research that at least 13,300 unique internet addresses had downloaded the tools from Hotz’s web site in California alone. (Sony does not have access to each address, as is commonly thought; it only has the total number of them.)

In a filing today, Sony said that Hotz has thwarted its legal discovery at every turn and that “Hotz had deliberately removed integral components of his impounded hard drives prior to delivering them to a third party neutral and Hotz is now in South America.”

Sony said that, while Hotz declared under oath that he did not have a PSN account, Sony found that one of the PS 3s that Hotz had identified as his was used to created a PlayStation Network account — which gives users access to online gaming and other entertainment — on March 10, 2010 using an IP address located in Glen Rock, N.J., where Hotz lives. He used the nickname “blickmanic,” which was associated with postings on the internet related to jailbreaking cell phones. Hotz reportedly publicized his hacking software at psx-scene.com, a site for PlayStation hackers and gamers. The PSN information was critical because users who sign up for it agree to a user agreement that prohibits hacking the PS 3. Sony wants jurisdiction for the case established in California, while Hotz’s attorney is fighting that.

Beyond what Sony said, there isn’t yet independent confirmation that he has fled.