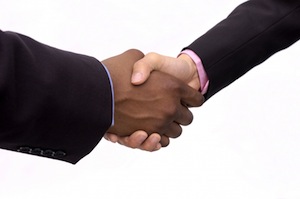 There’s been a lot of negative talk recently about Twitter’s relationship with developers, but not every Twitter developer is struggling. In fact, New York City startup Sulia just announced that it’s partnering with Twitter to provide publishers with widgets featuring high-quality tweets on specific topics.

Sulia has already created “channels” of expert tweets on its own site. Under the deal with Twitter, Sulia will be providing those streams to publishers including Flipboard, The Washington Post, WSJ.com, Gannett, and others. Those publishers pay Sulia a licensing fee or a share of their ad revenue, and then Sulia gives Twitter a cut of that payment.

I talked to Sulia chief executive Jonathan Glick earlier today about the deal. He acknowledged that there are challenges building on Twitter’s platform, as companies like UberMedia have discovered. Glick had his own issues with the platform — he was originally going to offer users a way to create lists of other Twitter users, but then he talked to Twitter and found out that the microblogging service was building that feature on its own.

So instead Glick realized that by looking at different Twitter lists, Sulia can figure out who the experts are in different fields. Then the service decides which tweets are and are not relevant to a given topic. For example, Sulia can filter the venture capital channel stream so that it includes all the experts’ tweets about venture capital and excludes all their tweets about their children. These filters are keyword based, and they’re adjusted on-the-fly — Glick said that until yesterday, the word “color” probably wasn’t a relevant term in venture capital, but Sulia’s technology could see that a number of VC experts were tweeting about the new Color app, so it added Color as a relevant term.

Glick said Twitter noticed all the hard work Sulia put into sifting out the best tweets. In fact, it was Twitter that reached out to Sulia about a partnership. The way Glick sees it, Twitter wants to have a close relationship with a few select partners. That doesn’t mean you need don’t need to be buddies with Twitter executives, but you need to do something well that Twitter can’t do for itself. (This seems in-line with what Twitter says itself about how it sees the platform.)

“I’m not personal friends with them, I didn’t grow up with them, it’s not like we’re in the in-crowd or anything,” Glick said.

That’s where Sulia’s channels come in. Could Twitter build its own filtering service for tweets around different topics? Glick acknowledged that it’s possible, but “it’s not something that they can do well without getting deeply into … fairly non-technical judgment decisions that aren’t currently part of the culture.”

Update: I just got an email from Twitter with comments from Ryan Sarver, who’s the product manager for Twitter’s platform/API team. He praised Sulia as having “done a good job of creating high quality, topical streams that are well-suited for syndication to our publisher partners.” As for whether he agrees with Glick’s take on Twitter’s platform strategy, Sarver said:

We approach it in two ways. We have a fantastic, open API that allows anyone to build into Twitter without ever having to contact us. We have over 750,000 registered apps that build a wide range of services and businesses. Additionally, we listen to our users around what they want out of Twitter and sometimes it makes sense to partner with a specific company to help serve that need.