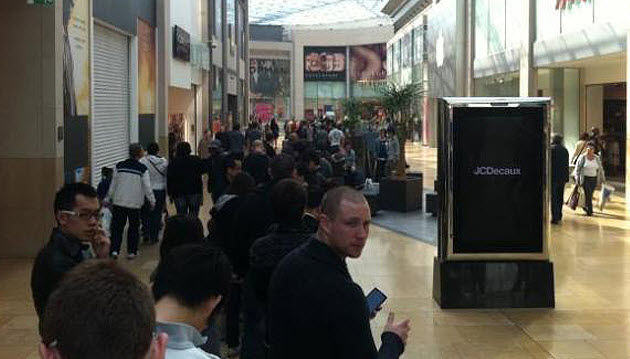 Apple’s iPad 2 goes on sale today in 25 more countries in a kind of land grab to outpace its Android opponents. The long lines and celebrating are already happening across the globe. One fan in Sydney, Australia, waited outside a store more than 53 hours to get the device.

Consumers in the overseas markets can also start placing online orders today for the iPad 2.

Apple has delayed the launch in Japan because of the disruption from the quake and tsunami. In the U.S., shipment times are reportedly down to 3 to 4 weeks, instead of 5 weeks. Verizon stores in the U.S. are selling off original iPad tablets for as low as $299.