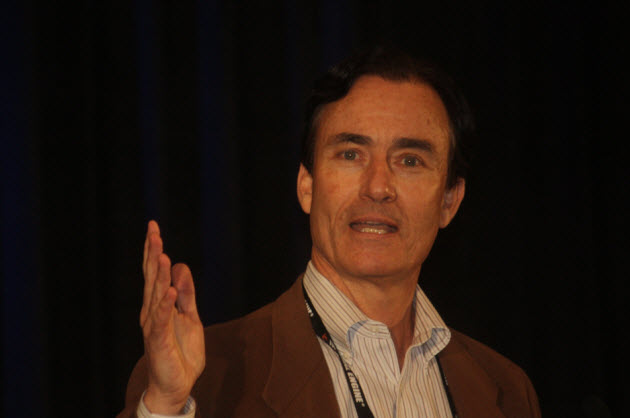 Trip Hawkins, the chief executive of mobile gaming firm Digital Chocolate and founder of Electronic Arts, may be on the hook for $20 million in back taxes after a judge rejected his attempt to use personal bankruptcy to cancel the debt, according to Forbes.

The story is a cautionary for any entrepreneurs who strike it rich and then tangle with the Internal Revenue Service. U.S. District Court judge Jeffrey S. White upheld an earlier bankruptcy court ruling related to tax shelters Hawkins used to shield the vast personal wealth he gained from founding Electronic Arts nearly three decades ago.

The judge said Hawkins knew he was insolvent after the IRS disallowed his tax shelters but “continued to spend money extravagantly with knowledge of his (federal and state) tax liabilities.” The judge said that “Hawkins planned to defeat his taxes via bankruptcy and continue living the lifestyle to which he had grown accustomed.”

Evidence cited in the case included the $70,000 purchase of a fourth car in a two-driver household. Forbes could not reach Hawkins or his company for comment. VentureBeat also hasn’t heard back from Hawkins, who recently appeared at the Game Developers Conference in San Francisco, offering a rant on how there are too many developers making games for Apple’s iOS mobile devices such as the iPhone and iPad 2.

Hawkins, 57, recently raised $12 million in venture financing for Digital Chocolate. Investors included Intel Capital, Sutter Hill Ventures and Bridgescale Partners. He and his wife filed for Chapter 11 bankruptcy in 2006. In court filings, he listed assets of $5 million and liabilities of $28 million owned to the state of California’s tax agency and the IRS. They received a general discharge of their debts but the two agencies fought back under a provision of the law that prohibits a discharge of debts if the debtor “willfully attempted in any manner to evade or defeat such tax.”

In 2006, the IRS rejected a proposal to settle the case  for $8 million. The case is a sad one since Hawkins is one of the founding fathers of modern video games. He founded EA in 1982, scoring big hits with EA Sports and other franchises that rocketed EA to the top spot in video games. He stepped away in 1991 to create 3DO, which attempted to wrest power from Nintendo by creating 3DO’s own video game console.

By the mid-1990s, his net worth was more than $100 million, thanks to the value of his EA stock holdings. He began selling that in 1994 to fund 3DO. The sales generated large capital gains taxes. His accountants at KPMG convinced him that he could avoid taxes by creating the appearance of large capital losses without the real risk of loss, Forbes said. These ploys were known as FLIP and OPIS tax shelters and they involved the use of  offshore corporations, options and investments in offshore companies like UBS AG. From 1996 to 2000, Hawkins claimed $56 million in capital losses, but in 2001, the IRS challenged the legitimacy of these “basis-shifting tax shelters,” affecting hundreds of other entrepreneurs.

In 2001, the IRS started an audit of Hawkins. Meanwhile, Sony and Nintendo trounced 3DO, which filed for bankruptcy in 2003. Hawkins sold off a home in Atherton, Calif., sought to reduce child support payments to his first wife, and made some tax payments. But the judge ruled that Hawkins continued to make unreasonable expenditures, noting that Hawkins’ monthly expenses in 2005 were $94,900. Hawkins argued in court that the tax debts could be denied discharge only if the IRS proved fraud, but the judge rejected that argument. Other judges have also come down hard on others with similar tax bills.