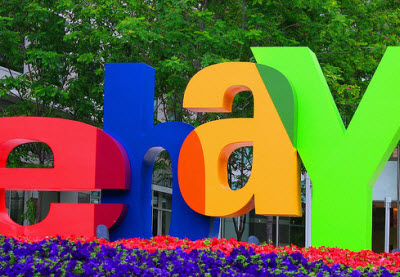 In a bid to draw more people into its online markets, eBay said it is buying GSI Commerce for cash and loans totaling $2.4 billion.

The deal will help eBay grow up into a broader e-commerce company, setting the stage for a brawl with rivals such as Amazon.com.

GSI runs web sites such as Rue La La, which offers one-day-only deals to its members, and ShopRunner, a members-only shopping site that gives customers free shipping. GSI also has technology, payment processing and customer care services for a bunch of e-commerce sites.

Brian Walker, an analyst at Forrester Research, said, “For eBay this is a good move, even if the value is not immediately evident. GSI ultimately serves a small segment of larger retailers and consumer brands in a very diverse solutions market, but the acquisition of GSI, and their marketing services, gives eBay and PayPal access to many key brands that can support the growth of PayPal’s multichannel payments solutions and eBay’s marketplace recovery.”

The deal is expected to close in the third quarter of 2011. It is expected to add little to the fiscal 2011 earnings forecast and would add to 2012 earnings. eBay would sell off GSI’s licensed sports merchandise business. It would also be selling 70 percent of Shop Runner and Rue La La to a holding company run by Rubin.

eBay said those properties aren’t as important for it in the long term. GSI has until May 6 to solicit bids from other parties. The deal is a big one for eBay, amounting for more than it paid for its PayPal digital transaction company but less than it paid for Skype, which has been sold off.

“We intend to lead the next generation of commerce innovation. The acquisition of GSI, which offers the most comprehensive integrated suite of online commerce and interactive marketing services available, will significantly strengthen our ability to connect buyers and sellers worldwide,” eBay CEO John Donahoe said in a release.

GSI partners with brands such as Ralph Lauren and provides them with e-commerce technology, fulfillment, customer care and marketing services. GSI was founded in 1995 as Global Sports Inc.