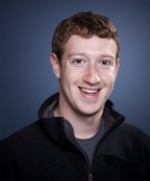 Facebook founder Mark Zuckerberg dined at a Mexican restaurant in Palo Alto this evening in what may have been a $5 billion deal-making session.

A patron of Palo Alto Sol on California Avenue told VentureBeat that Zuckerberg sat at a table in the back of the restaurant with one other man and appeared to be signing papers. At one point, Zuckerberg was overheard saying, “So we’ll do it at $5 billion?”

A request for comment was sent to Facebook spokespersons. The company has not yet responded to the inquiry.

We don’t now what this deal is about. But the funny thing with Facebook, which is valued at $50 billion based on its last funding in January, is that $5 billion isn’t a large amount of money. If Facebook is acquiring another company, the purchase price is well within Facebook’s ability to pay, at least in stock. Thus far Facebook’s acquisitions have been in the tens of millions price range, so this type of transaction would be a significant departure.

If Facebook is raising that much money, then that’s a lot. (Facebook last raised $500 million from Goldman Sachs and DST).

Does anybody know what Zuckerberg was signing? If you were Mark Zuckerberg, what would you do with $5 billion? If you’ve got a guess, please leave it in the comments.