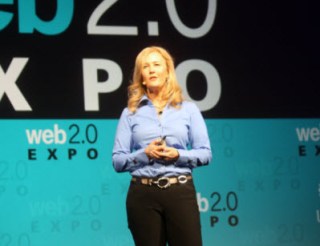 Jennifer Lynn Aaker, a professor at Stanford University’s business school, gave an unusual talk about social media at the Web 2.0 Expo show in San Francisco today. She shared a story about one of her students turning an assignment where he showed how you could use social media to try to save someone’s life.

The student, Robert Chatwani, discovered that one of his closest friends had leukemia, as did another friend. Both patients had a chance to get a new lease on life through a bone marrow transplant, but they needed as close a match as possible from a donor. 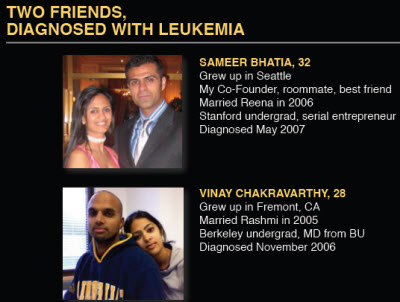 The two young men — Sameer Bhatia and Vinay Chakravarthy — were of South Asian descent, but only 1 percent of the donors in the national registry of bone marrow donors were of South Asian descent. Getting a genetic match for them in a matter of weeks was going to be extremely difficult. Meanwhile, there were a billion Indians available in South Asia who could possibly donate, but there was no national bone marrow registry. A match could be found for every one in 20,000 South Asians. So the friends decided to form a new registry and find a match.

They turned to the internet. They created a network of friends on Facebook, Twitter, YouTube and other social media networks. They organized web pages that showed how people could help and stage their own bone marrow drives, using what they called a “mass-micro” strategy aimed at creating an instant brand around their friends in need and making it easy for volunteers to collaborate. They automated the process of writing form letters to bosses to get approval for drives to “Help Sameer” and “Help Vanay.” 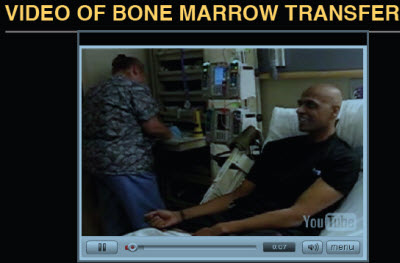 They received their bone marrow transplants. Bhatia blogged prolifically and even shared his bone marrow transplant in a video on YouTube. Sadly, both died a few months after the transplants in 2008. Bhatia’s memorial service was shared on YouTube and 6,000 people viewed it. But from the new registrants, 266 matches for other patients were found, giving all of those people a new hope for life.

Lynn Aaker calls the revolution around social media the “dragonfly effect,” now a book co-written with Andy Smith. Like the “butterfly effect,” where a small change like a butterfly flying can cause big changes in the world, the dragonfly effect is doing small acts that can create a big change because the core idea has deep meaning. Her recommendation on how to achieve these effects with social media are to:

The effort has resulted in a lasting legacy for two men, and there are more folks who need bone marrow matches. Here’s Lynn Aaker’s and Andy Smith’s slide deck.