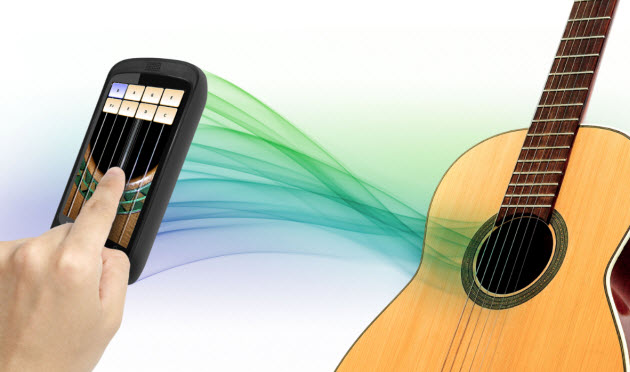 The studio’s first game is a pinball game for smartphones and tablets that can vibrate and shake the way a normal pinball machine would. The studio can thus show other developers how to make cool use of Immersion’s force-feedback technology that is designed into 200 million phones. If it works, then Immersion will create more demand for force feedback and then convince more phone makers to build Immersion technology into their devices.

The strategy is similar to the way video game console makers create their own games to boost demand for consoles, while still encouraging third-party developers to make console games as well. Craig Vachon, head of the Haptify studio, said in an interview that his team of six developers will focus on making Android games such as their first title, Enzo’s Pinball, which uses force feedback to create the sensation of a shaking pinball table or tilt.

San Jose, Calif.-based Immersion has done years of research (since 1993) and collected more than 1,000 patents related to reproducing the sensation of touch with digital devices. Immersion licenses the technology to device manufacturers. The technology is used in everything from vibrating game controllers to tablets where you can strum a guitar.

Earlier this year, Immersion launched its Motiv development kit to make it easier for developers to create touch apps. Typically, Immersion creates reference designs for phone makers to adopt. But this is the first time it has created its own application business to exploit its touch technology.

Enzo’s Pinball will be available on the Android Market in April. Haptify will likely publish games for other developers and outsource some of its work to other developers, Vachon said.

Haptify will operate as an independent subsidiary and will try to grow its business aggressively and profitably, Vachon said. The goal of the games is to show developers how to enliven virtual interfaces — such as touch screens and gyro-based controls — with natural, realistic and intuitive user experiences. Haptify will also help unknown developers publicize their touch apps.

In the past, Immersion’s app developers merely created demos. But now the team will create games that it hopes will rise high in the top apps rankings, creating more excitement around touch technology.