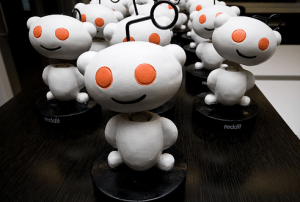 Just a friendly reminder — many users on the Internet are smart enough to catch social media “experts” gaming a community-run site. Video gaming site G4TV was apparently forced to apologize to the Reddit community for using a spammer to promote G4TV content on the new aggregator’s site.

G4TV’s public apology mentioned that the company had partnered with a former Reddit power user to spam the site with links to G4TV, GamePro and VGChartz articles. The power user, who remained unnamed, was apparently using multiple accounts to vote up links and leave comments in order to bring more attention to each link in Reddit’s gaming sub-community.

“We had no idea that he had 20 accounts under his control. We also didn’t know that he was using the other accounts to comment on his own submissions,” the company said in the apology. “That’s on us 100%, we should have paid more attention to his methods.”

“Deimorz,” a Reddit user for two years, outed the spammer by tracking down all the submissions that linked to GamePro, G4TV and VGChartz articles. That user then figured out which names popped up the most often and was able to connect the accounts to a single power user. Deimorz was tipped off when low-quality articles, like ones covering a 3DS accessory kit or a top games list, were making it to the front page of the gaming sub-community.

News aggregator users typically despise Spam-bots and users who try to artificially promote content on social news sites. Such sites are designed to organically promote interesting articles and links to web pages that the community agrees upon. Accounts designed to “game” news aggregators like this are typically banned but are often able to slip through the cracks. That is, until a scrappy user comes along and does a little bit of sleuthing.

Reddit is pretty well-known for its detective work. It’s been able to out several fake stories on the site and answer the most obscure questions, like “what is the name of that saxophone song that’s like ‘DO DO DEE DO DO DO DOOOO DO DO DEE DO DO DO DEE DO DOO.'” Many Reddit users have also been criticized for such witch hunts. But it’s still another reminder — despite the great number of social media pros out there able to game news aggregators — there’s always one user smart enough to catch a spammer in the act.