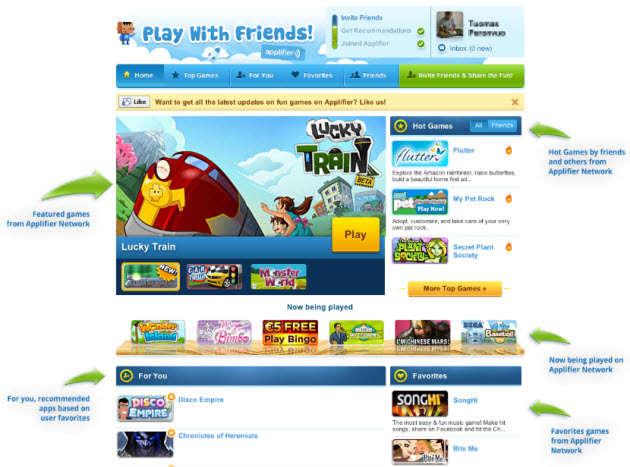 Applifier helped small game publishers get millions of new users last year by creating a cross-promotion tool for Facebook games. Now it is creating a portal-like app for games on Facebook and other platforms so that consumers can find what they want.

The new Games on Applifier portal app attacks one of the big problems of a world with too many apps: discovery. It’s harder and harder for developers to get noticed with hundreds of thousands of competing apps in the market.

Last year, Applifier created a cross-promotion bar, basically a strip of game links that sits above the game a user is playing on Facebook. Much like the cross-promotion bar of dominant Facebook game maker Zynga, the Applifier bar was meant to draw attention to other games. But rather than Zynga games, the Applifier bar linked to games of other small developer companies competing against the Zynga powerhouse. Applifier calls these companies the “rebel alliance,” a reference to Star Wars. That led to more than 100 million free clicks for a bunch of independent game makers last fall. 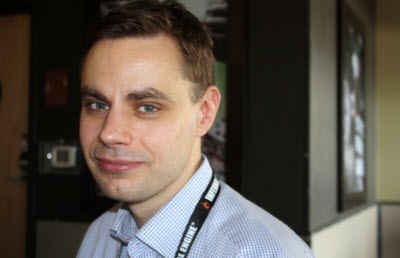 But that’s not enough, said Jussi Laakkonen, chief executive of Applifier, which is based in Helsinki and has an office in San Francisco. Facebook already makes the discovery of new apps possible through sharing by friends. It also can automatically share usage info on the user’s stream. Now the Games on Applifier portal app lets users discover new games with personalized recommendations from millions of anonymous game sessions. The service is free to players and publishers, and it is available now as an application on Facebook.

When players log in on Games on Applifier, they can get personal recommendations based on the games they have already played. They can also see a list of the top games and view their friends’ favorite games. Players get access to more fun games, and publishers can reach new audiences for free, Laakkonen said. When players click on a game within Applifier, they do not play the game while still inside the portal. Rather, the player enters a stand-alone game.

The portal helps with retention, or hanging on to players, since they can follow their favorite games and get inbox updates when there are new features or changes. Publishers can send notifications to players that will get them back into the game. The inbox capability will launch in a couple of weeks.

Anil Dharni, president of Funzio, said that his company’s Crime City grew to millions of users in part because of the Applifier cross-promotion bar. He said he is looking forward to the new features. That gives small companies like Funzio tools that are similar to what the largest Facebook game maker, Zynga, does with its own Zynga Message Center. Applifier’s members had more than 55 million users.

Applifier was founded in April, 2010, and it now has more than 20 employees. Rivals include Appstrip from Tapjoy. Applifier has raised more than $2 million from MHS Capital, Profounders Capital, Tekes, Lifeline Ventures and angels.

Back in 2008, Laakkonen’s company started as a social game developer. It launched a game but couldn’t find a way to get users to notice it. Then it switched gears to work on the cross-promotion bar. There are currently more than 200 games available on Applifier.