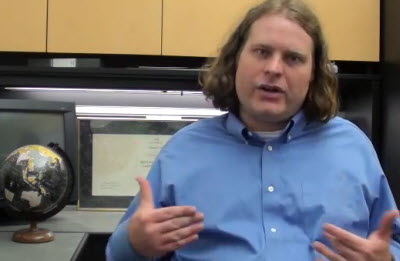 IBM says it monitors 13 billion real-time security events every day for more than 4,000 clients. That’s about 150,000 events per second, which include anything from phishing attacks to false alarms.

Those events are part of a growing problem. IBM says that cyber crime and malware saw a big increase in 2010, according to a new company report. The year marked the rise of increasingly sophisticated and targeted security threats against both governments and companies.

In the 2010 Trend and Risk Report, IBM’s X-Force security division said that phishing attacks (where cyber criminals try to trick users out of passwords and other information) declined to a quarter of previous numbers. But targeted attacks, or “spear phishing,” was on the rise. That suggests a focus on quality of attacks, rather than quantity of attacks.

IBM found that there were 8,000 new web vulnerabilities discovered during 2010, up 27 percent from 2009. The adoption of smartphones within the enterprise posed added risks, raising the need for tighter security on password management and data encryption. Attacks against mobile phones are on the rise.

IBM also said that the shift to cloud computing (web-connected data centers) carries risks as well and companies have to improve security so they can assure users that none of their data stored in the cloud gets stolen. 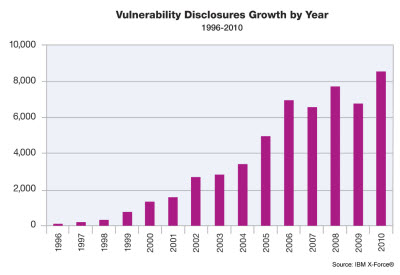 IBM says it is opening a Brussels-based Advanced Institute for Security to provide access to security research. The company says it has a database of more than 50,000 computer security vulnerabilities and that it monitors 13 billion security events in real time every day for more than 130 countries. IBM also says it has the world’s largest security services practice with more than 3,500 security services, nine research labs, 250 security-related products and 11 security acquisitions since 2006.

“The numerous, high-profile targeted attacks in 2010 shed light on a crop of highly sophisticated cyber criminals who may be well-funded and operating with knowledge of security vulnerabilities that no one else has,” said Tom Cross, threat intelligence manager at IBM X-Force. “Staying ahead of these growing threats and designing software and services that are secure from the start has never been more critical.”