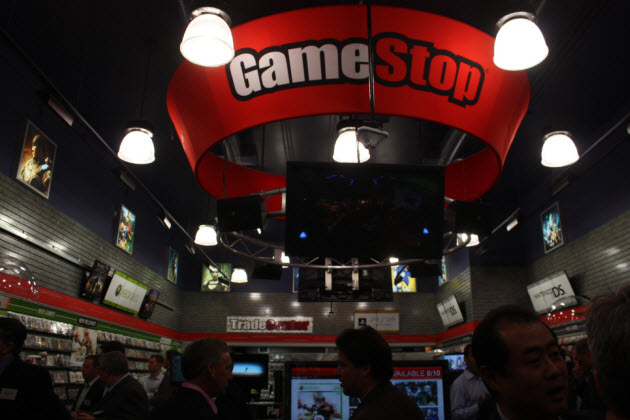 GameStop is the world’s biggest retailer of video games with 6,670 stores in 17 countries. But the company is hedging its bets when it comes to digital distribution. Today, it announced it would acquire Spawn Labs and Impulse to bolster its ability sell games online. The purchase prices were not disclosed.

Those deals are in addition to its acquisition last year of Kongregate. Officially, this shows that GameStop is like a duck escaping a crocodile — on the surface, it looks calm. But under the surface, it’s paddling like hell. In this case, GameStop doesn’t want to be eaten by the rivals who are bypassing retail and selling games direct to consumers. As history shows, nobody wants to be either Tower Records or Blockbuster Video when the music stops on physical retail.

GameStop will work closely with Spawn Labs to develop its game streaming service. Spawn Labs was founded in 2009 and it allows players to play games on home machines while they’re traveling with laptops. The game plays in a console and streams its game to the laptop. You can interact with the game and the changes are sent back to the console.

It’s doubtful that GameStop really wants that technology. Rather, it wants to be able to stream games directly to its consumers. The Impulse deal is also in the digital distribution space. Impulse lets you buy games online and download them to play on your computer, much like Valve’s Steam service. Impulse is a digital downloads portal of Stardock Systems with more than 1,100 games. It provides digital rights management and copyright protection tools for publishers. It enables game publishers to entice users with features like achievements, account management, friend lists, chat, multiplayer game lobbies and cloud storage. GameStop will continue to operate Impulse, but it will also integrate the digital distribution technology within its own web site in the coming months.

There are plenty of reasons for GameStop to move with a lot of speed. Physical retailers such as Borders, Hollywood Video, Game Crazy, and Tower Records have all bitten the dust after being undercut by the low-cost infrastructure of stores on the web. This year, GameStop said it had set aside $100 million to spend on digital initiatives and only $70 million on store openings and store remodels. That’s much different from a few years ago, when the company was opening tons of stores. Also, during the year, GameStop estimates it will close 200 stores.

J. Paul Raines, chief executive officer of GameStop, said in a statement, “With these important acquisitions, we will continue to make appropriate investments related to our multichannel strategy. GameStop is uniquely positioned to be the leader in both the physical and digital gaming space.”

Stardock said its Impulse service has about 10 percent of the PC digital game delivery market, compared with about 70 percent for Valve’s Steam. Now GameStop will be in a position to compete against other digital game streaming firms such as OnLive, Gaikai, Otoy, Playcast and Spoon. No doubt some other game industry players will want to make defensive acquisitions of their own.

Besides moving into digital, GameStop has also been remodeling stores to make them more appealing to gamers. It has been setting up new digital hybrid loyalty programs and is promoting its online game properties inside stores.