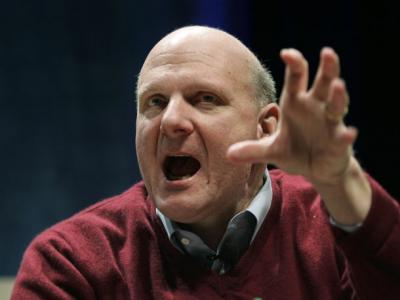 What a day. Most media outlets took the April Fools’ Day opportunity to post a few gag stories that — well, sometimes — seemed remotely plausible. It was sometimes tough to tell the real stories from the jokes.

What’s even funnier is that some of the stories that might as well have been jokes turned out to be the real thing. Here’s a list of the top stories from today (and a few others) that the VentureBeat staff has agreed should just have been April Fools’ Day pranks.

1. A corporate development employee at Facebook was terminated for purchasing shares of Facebook on secondary trading markets. Michael Brown was fired from Facebook after purchasing shares on a secondary market, which the company considers insider trading. TechCrunch reported that the trading was related to a deal in which Facebook raised $500 million from Goldman Sachs.

3. Facebook CEO Mark Zuckerberg might have signed off on a $5 billion deal in a Mexican restaurant in Palo Alto. A patron of Palo Alto Sol on California Avenue told VentureBeat that Zuckerberg sat at a table in the back of the restaurant with one other man and appeared to be signing papers Tuesday. At one point, Zuckerberg was overheard saying, “So we’ll do it at $5 billion?”

4. Microsoft files an antitrust complaint against search giant Google. Oh, how the tables have turned. Microsoft and other companies claim that Google has undermined its competition when it comes to search, its Android mobile software, and online advertising. In particular, Microsoft says that Google prevents other search engines from fully indexing information from its services like YouTube.

5. Social photo app Color raises $41 million in its first round of funding from Sequoia Capital. Okay, so there’s a lot of money and an all-star team. What does the app actually do? The goal was to create a social experience that’s “native” to mobile and really takes advantage of smartphone technology rather than simply transferring a Web-based experience to the phone. And is worth $41 million.