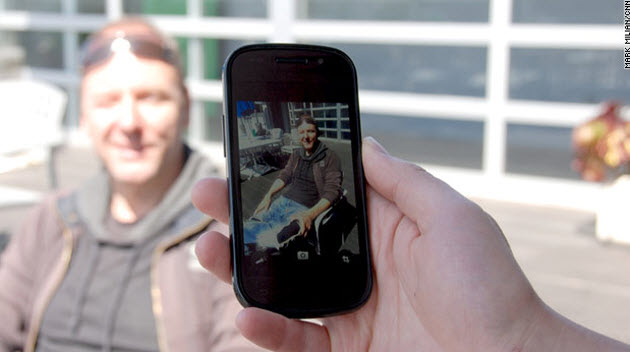 Tech companies keep on creating great new technologies that raise a lot of privacy concerns. The latest example is Google’s upcoming mobile app that will identify people’s faces in order to access their personal information.

CNN profiled Hartmut Neven, director of the Google project, who said that, in order to be identified by the software, people using the app would have to check a box to give Google permission to access their pictures and profile information. Google has not said what personal data might be displayed once a person is identified, CNN reported.

“We recognize that Google has to be extra careful when it comes to these [privacy] issues,” Neven told CNN. “Face recognition we will bring out once we have acceptable privacy models in place.”

Funny, in the spring of 2010 I heard Google staff engineer David Petrou say that Google Goggles (which taps Google’s massive computing power to identify pictures of objects and products that you take with your phone camera) was capable of recognizing faces, but that the company had chosen not to do so out of concern for privacy issues. Evidently, the company changed its mind about privacy enough to let Neven proceed with his project.

Google Goggles is good at recognizing things because it goes through a dozen different kinds of image searches, figures out the best result, and then returns an answer as to what it thinks an image is. This technology comes from Neven’s own startup, Neven Vision, which was acquired by Google in 2006. The object recognition technology led to Goggles, while the face-recognition technology has been incorporated into Picasa, Google’s photo-sharing service. That software helps recognize faces in your computer’s photo library, where there isn’t as much of a privacy concern. Google also acquired another image recognition company called Like.com in 2009. And Google has filed for patents on face recognition.

In a statement, Google said, “As we’ve said for more than a year, we will not add facial recognition to Goggles unless we have strong privacy protections in place. We’re still working on them. We have nothing to announce at this time.”

Neven said the effort to identify faces today had stalled internally out of concerns about how privacy advocates might respond. Privacy issues are no small matter. Last year, Google had to pay $8.5 million in a legal settlement over complaints that its Buzz social-networking tool exposed the names of people with whom Gmail users regularly communicated. Google also agreed this week to let the Federal Trade Commission review its privacy procedures every couple of years. Google also got into trouble for collecting private data via is Street View vans that take pictures of streets.

The stalker problem isn’t a joke. If you can identify a person’s name based on a photo, it isn’t that hard to find that person’s home address as well. But Google evidently thinks a lot of people would want help recognizing strangers.

The company has not fully described what it intends to do with the app or when it will introduce it. It might be introduced as an add-on to an existing tool, such as its image search engine.