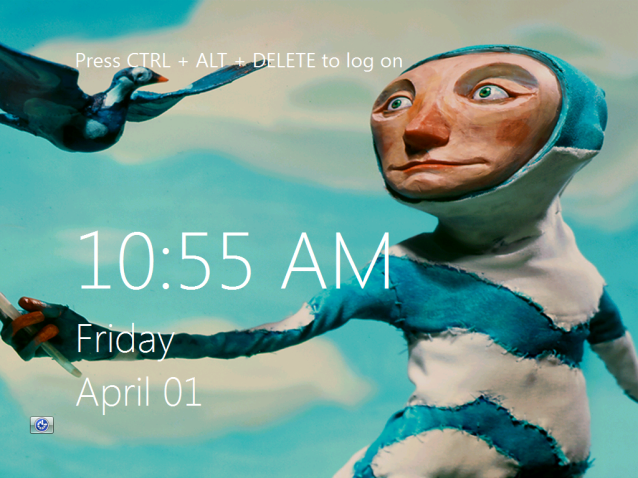 Microsoft is apparently using some recent design innovations from Windows Phone 7 and Office in early test versions of Windows 8, including aspects of its mobile Metro user interface and Office’s Ribbon.

The news comes from a series of leaked screenshots that have hit the Web over the past few days from the Windows news power duo Paul Thurrott and Rafael Rivera.

The early design changes tell us that Microsoft will likely be looking for further inspiration for Windows 8 from its mobile and office software — and perhaps elsewhere. Windows 7, for the most part, looks like a more polished version of the much reviled Vista. Now it seems Microsoft may be aiming for a fresh start in Windows 8.

On Friday, Thurrott and Rivera showed off an early version of Windows 8’s login screen (above), which looks like it was lifted directly from Windows Phone 7’s lock screen. It features the same font and overall style as its mobile counterpart. The pair also hinted at potential tablet functionality in the lock screen: you’ll be able to login using a pattern, just like on Android phones at the moment.

The Windows 8 login screen admittedly may not mean much for the rest of the OS, but it signifies that we may see other elements of Windows Phone’s user interface elsewhere. It also buoys rumors that Microsoft would include some of its mobile interface for tablets on Windows 8.

On Saturday, Thurrott and Rivera revealed that Microsoft is currently testing Office’s Ribbon menu system in Windows Explorer (below). Just like in Office, the Ribbon appears to fully replace any previous menus and toolbars in Explorer. It’s not a huge surprise to see Microsoft trying to bring the Ribbon to Windows proper — it has already made its way to Wordpad and Microsoft’s Live Essentials programs.

To be clear: Microsoft is currently testing Windows 8 in a pre-alpha testing state, meaning the OS is at an incredibly early stage of development. What we’re seeing today in Windows 8 may not make its way to the final version of the OS — but it’s certainly interesting to see what Microsoft is thinking of including.