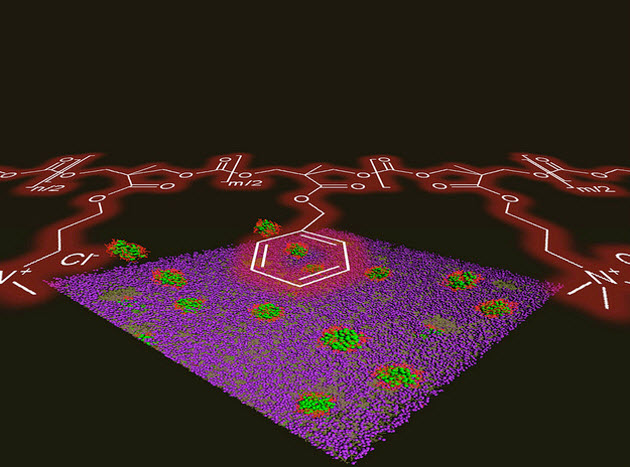 IBM and a research group in Singapore have engineered a new kind of synthetic, biodegradable nano particle that could be used to attack bacteria that have become resistant to antibiotics.

The researchers believe that the nanomedicine breakthrough could eventually be used to fight infectious diseases better than antibiotics. If it works, the nanomedicine could save countless lives and protect people from illnesses that arise from bacterial infections, like staph.

Using a trick from chip manufacturing, the researchers figured out how to isolate certain kinds of cells and attack them. That gets around the problem of many drugs today that kill off the good red blood cells at the same time that they eradicate bad cells. The researchers said the synthetic polymers they created can seek out bacteria cells and destroy their membrane walls. 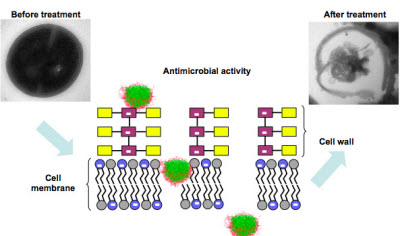 It’s like a hammer,” said James Hedrick, advanced organic materials scientist at IBM’s Almaden research center in San Jose, Calif. “We target the membrane directly. The overall goal is to have a huge societal impact, with improved ways for drug and gene delivery.”

Hedrick, who has worked at IBM for a couple of decades, said his team and another at the Institute of Bioengineering and Nanotechnology in Singapore brought in different approaches. IBM had done work on nanotechnology and semiconductor manufacturing while the Singapore institute worked the medicine.

They created new types of polymers that could detect and destroy bacteria and infectious diseases like Methicillin-resistant Staphylococcus aureus, known as MRSA, or staph. Hedrick said the polymers can be built with a great deal of control from organic molecules, which makes them biodegradable.

The nano particles are physically attracted to infected cells like a magnet, breaking their membrane walls without destroying healthy cells around them. These agents prevent the bacteria from developing drug resistance by breaking through the cell wall and membrane, a fundamentally different mode of attack compared to antibiotics.

MRSA is a type of dangerous bacteria that is commonly found on the skin and easily contracted in places like gyms, schools and hospitals where people are in close contact. In 2005, MRSA was responsible for nearly 95,000 serious infections, and associated with almost 19,000 hospital stay-related deaths in the United States.

Hedrick said that decades of learning about chip materials has helped the team, which has worked on the problem at least five years, to figure out how to craft nano structures that can be injected directly into the body or applied to the skin. The nanomedicine could, for instance, be put into anti-bacterial soap, deodorant, hand sanitizer or lotion. It could help heal wounds, tuberculosis, and lung infections.

Our immune systems are designed to protect us from harmful substances, both inside and out, but conventional antibiotics are often rejected by the body or have a limited success rate in treating drug-resistant bacteria. But the new materials can work because they change themselves once they come into contact with water in the body or on its surface. The material self-assembles into a new polymer structure that is electrostatically attracted to the bacteria membranes. The polymers then break through the cell membranes, destroying the cell. The bacteria can’t adapt to this kind of physical attack.

Fortunately, cells have a natural electric charge. The polymers are drawn only to infected areas. Other antimicrobial materials aren’t biodegradable, but these new materials are made of simple organic molecules. That means they can naturally exit the body, in contrast to other medicines that gather in the body and cause side effects.

The lead collaborator at the Singapore group was Yiyan Yang. The new polymers were tested against clinical microbial samples at a medical hospital at Zhejiang University in China. Clinical trials and plenty of other work have to be done before the nanomedicine will be commercially available.

“It’s still a work in progress and is in the early stages,” Hedrick said. “The results are extraordinarily promising at this stage.”