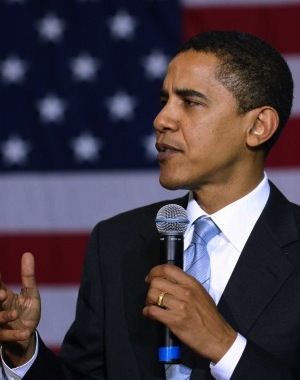 Surprise! President Barack Obama is running for reelection in 2012, he announced today. But cleantech-minded voters will have to consider whether he can keep up with the aggressive clean technology expansion plans he laid out in his State of the Union address this year after a series of disasters and setbacks that have changed the playing field.

Obama called for an end to oil subsidies and set a national goal of reaching 80 percent clean energy by 2035 in his state of the union address in January. The president also called for plans to have more than 1 million electric vehicles on the road by the end of 2015. Those two plans alone are particularly aggressive — given that renewable energy sources like wind and solar power currently account for a small sliver of total energy production.

Obama will have to reconcile his aggressive clean energy plans with a chain of recent disasters that has altered the landscape of the clean energy field. There’s been a lot of talk about the dangers of nuclear power after a 9.0-magnitude earthquake struck off the coast of Japan and set off a chain of events leading to a nuclear disaster at the Fukushima Daiichi nuclear power station. Wind power is also encountering some resistance due to a “not-in-my-backyard” mentality that has frustrated wind power companies to the point of halting production plans completely.

In his speech, the president focused on forms of “cleaner” energy like nuclear, natural gas and clean coal technologies. They aren’t exactly renewables like wind and solar panel but are typically considered to have less of an impact on the environment. Plans to promote nuclear power will likely run into a lot of resistance after the massive public backlash as a result of the nuclear disaster in Japan.

But natural gas surged lately, with oil companies making acquisitions and starting projects in the area. In a report last year, consulting and engineering firm Black & Veatch forecast natural gas would power 40 percent of the nation by 2035, while coal will fade from dominance. Natural gas is a fossil fuel that emits fewer emissions than coal when burned and is considered promising because the infrastructure already exists for it — although there are some concerns about its safety.

Industry watchers have remained largely bearish on the likelihood of significant national clean energy policy, which would stimulate investment and expansion within the country’s cleantech industry. However, the Department of Energy has a large loan guarantee program, which has supported wind and solar investments and recently awarded $405 million to three companies building biofuels refineries.