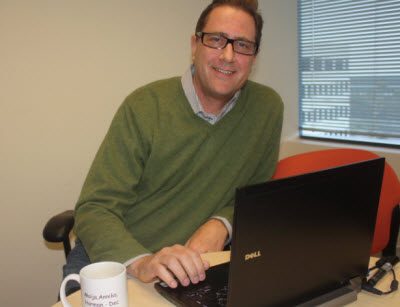 Latency is the enemy of online gaming. If you fire a gun, you want to see it hit the target instantaneously, not miss the target because your computer and online connection are too slow. Bigfoot Networks and Gaikai, two very different game startups, are teaming up today to “crush latency.”

If it works, then Gaikai’s option of streaming high-end games to low-end computers from distant data centers (known as cloud gaming) will be a more viable option, giving gamers the option of enjoying digital game distribution for lower prices than if they bought their games in stores. Bigfoot, meanwhile, could find a new use for its networking technology for speeding up home internet access.

Bigfoot makes chips and hardware technology to speed your internet speed as much as ten times. It sells or licenses technology that gamers put in their fast game computers to make them even faster. Aliso Viejo, Calif.-based Gaikai is one of a number of startups focused on game streaming, where it can run a game in a server and deliver video images to a home computer. The user can interact with the game without noticing that it is not running on his or her home machine but on a distant server.

Among the benefits of this kind of computing is that the gamer can run a demanding game on low-end hardware, log into the game from anywhere, and try out games that are hosted on web sites before being obligated to buy them. Gamers can also play games instantly just by firing up a web browser, without waiting for a game to download. Michael Howse (pictured), chief executive of Redwood City, Calif.-based Bigfoot said in an interview that the partnership with Gaikai means that Bigfoot can optimize its hardware to run Gaikai’s games as fast as possible.

While Gaikai’s game streaming should work fine without the Bigfoot technology, the alliance with Bigfoot will help improve the user experience, said David Perry, chief executive of Gaikai. With Bigfoot, Gaikai would be able to hit a wider audience — including some very demanding hardcore gamers — than it otherwise might be able to.

Gaikai’s rivals include Spoon, OnLive, Playcast, and Otoy. GameStop is also a competitor since it bought the game-streaming firm Spawn Labs last week, saying that Spawn Labs (and other recently acquired firms) could enable as much as $1.5 billion in revenues for game retailer GameStop by 2014. That number shows that digital distribution has a lot of potential in games, much like it does in movies and music.