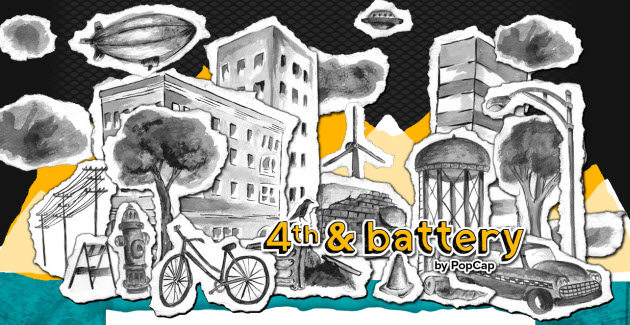 PopCap Games has had no shortage of creativity over the years — its huge casual game hits include Bejeweled and Plants vs Zombies. The company generated more than $100 million in revenues last year, and its games have been downloaded 1.5 billion times. But the Seattle-based game developer had now created a new label called 4th & Battery to experiment with new kinds of games.

PopCap is preparing for an initial public offering in the second half of the year. The company has basically bottled the kind of hit-making capability that other companies would love to have. To foster more of that, the new label will give designers more free rein to “create smaller, simpler and sometimes edgier” games without the constraints of an established global games publisher. It’s not unlike the different labels that Disney had for movies, from Tri-Star to Miramax. And it shows that even creative companies have to keep doing what is necessary to foster creativity within their ranks. 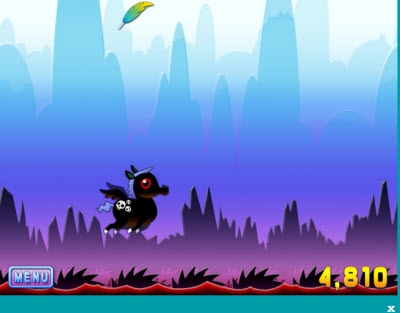 Ed Allard, head of studios at PopCap, said in a blog post that 4th & Battery is “a sandbox for PopCap’s inner child.” It’s a “place to explore, dig for treasures, build cool castles and throw sand in other kids’ eyes.” PopCap has been pretty ruthless about only publishing fully baked games. PopCap designer George Fan spent more than three years perfecting Plants vs Zombies, a real-time strategy game where sentient plants have to stop zombies from getting into a house.

The label is named after the intersection in downtown Seattle where PopCap’s headquarters is. The first game, dubbed Unpleasant Horse, is coming on the iPhone later this month as a free title. Unpleasant Horse isn’t exactly for the whole family, like many of PopCap’s other games. The flying horse destroys small birds and lands on other innocent horses, which are then pushed into a meat grinder under the earth. Allard said such games may be “too strange to merit the PopCap seal of approval.”

Allard said that PopCap’s games are very polished, but the process takes too long to try out marginal ideas, where the best thing to do is to try them out and see if people gravitate to them or not. 4th & Battery will be a safe area where developers can “hone their chops.” The label will produce several titles a year.

Overall, PopCap has more than 400 employees. Dave Roberts, chief executive of PopCap, said in a recent interview that the company has been investing heavily in multiplatform games that include both social and mobile titles. The tough decisions, he said, involve whether the company is investing enough money on platforms such as the iPad or Android, even as it stays focused on PC games.

He said the company was contemplating going public and he has noticed the “high mood” among investors who are hot to put money into mobile and social games. He noticed that valuations are rising and they’re “really based on what people are willing to pay for game companies.” There was even a rumor that Zynga would buy PopCap, but Roberts declined comment on that. Roberts says he knows Zynga is hiring people in Seattle and that he wants PopCap’s people to have a passion for making games.

“We had a mobile bubble in 2006, but the difference now is there is a lot of money being made,” he said. “You can argue if it is sustainable. Our approach is to always create something with lasting value.”