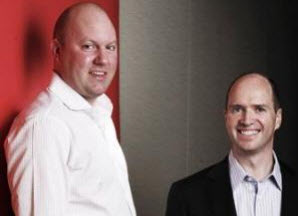 In less than two years, Andreessen Horowitz has become one of the best-known venture firms around, with investments both in famous, later-stage companies like Groupon and in newer startups like TinyCo. Today the firm announced that it has raised a new $200 million co-investment fund.

General partner John O’Farrell told me the new money is supposed to supplement investments made from the firm’s $650 million fund announced in November. That fund is stage agnostic, with investments ranging from $50,000 to $100 million, but the firm found that a lot of the money was going to large, later-stage deals in companies like Box.net. (Andreessen Horowitz has also been buying shares in Facebook and Twitter through the secondary markets.) So the growth investments were starting to dominate the fund.

That’s where the new fund comes in. O’Farrell described it as a “discretionary warchest” — when a company is looking for a $50 – $100 million check from Andreessen Horowitz, the firm can make the big investment by drawing simultaneously from both funds.

At the same time, O’Farrell said the firm doesn’t face any pressure to invest the new fund if it doesn’t find the right companies.

“This goes away at the end of Fund Two, even if it wasn’t completely invested,” O’Farrell said. He also pointed out that Andressen Horowitz won’t be charging any management fees on the fund — it will only make money from actual returns.

Earlier this year, partner Marc Andreessen said he wants his firm to become the Silicon Valley equivalent of Hollywood talent agency CAA, where it’s hard to do a major deal without Andreessen Horowitz’s involvement. With more money at its disposal, as well as its growing staff (O’Farrell said the firm now includes 26 people), Andreessen Horowitz is closer to making that vision reality.