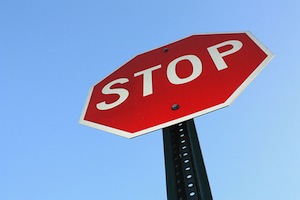 Update: Looks like this won’t happen after all. The House and Senate have passed a budget extension until next Friday, and Republicans and Democrats have agreed on the framework for the full budget.

Despite last-minute negotiations, it looks like a shutdown of the federal government will happen after all. And that could be bad news for companies that are in the midst of an initial public offering, or are planning for one.

If there’s a shutdown, the Securities and Exchange Commission “will have only an extremely limited number of staff members available to respond to emergency situations,” according to a notice on the SEC website. That means there will be no one around to work on IPOs — “new or pending registration statements” will not be processed, the SEC says.

Richard Truesdell, who leads the capital markets group at law firm Davis Polk, told Dow Jones Newswires: “No progress will be made on new or pending IPOs during the furlough, so the work will pile up on staff desks while they are gone. When they return, we can expect the process to be slower as they catch up.”