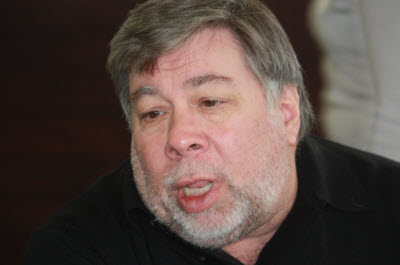 Steve “Woz” Wozniak said that he would consider returning to Apple if he were asked, according to Reuters.

Wozniak co-founded Apple with Steve Jobs in 1976 (with Ronald Wayne). But Wozniak stopped working for Apple in 1987 (he’s still on the payroll) and hasn’t returned since.

It isn’t clear if the comment is a casual one or not. It seems unlikely, since Apple could have asked him back a long time ago. Wozniak is currently chief scientist at Fusion-io, a Flash memory technology company that has filed for an initial public offering. The question was asked of Wozniak at the end of an interview, and he did not bring the subject up himself.

The question is interesting, since Jobs is currently on a medical leave of absence. Wozniak was the architect of Apple’s earliest computers and was an expert computer engineer. But Jobs was the one who headed the company and spearheaded its business growth. They formed a team that helped Apple become one of the leaders of the tech industry.

“There’s just an awful lot I know about Apple products and competing products that has some relevance, some meaning. They’re my own feelings, though,” said Wozniak.

Regarding Apple’s market position, Wozniak said, “Unbelievable. The products, one after another, quality and hits.” He said that Apple could be more open and not lose sales.