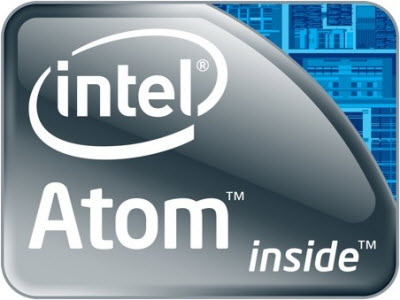 Intel is taking on arch rival ARM today with the launch of new Intel Atom chips for tablet computers.

The Atom is a low-power version of Intel’s computer chips, and it is aimed squarely at tablets, netbooks, and smartphones. It represents the chip giant’s best chance to catch up with ARM, which dominates the mobile space with its power-efficient chip architecture and dozens of chip design partners.

Code-named Oak Trail, the new Intel Atom Z670 processor will appear in 35 tablet computers and other mobile devices this year, said Bill Kircos, general manager of marketing for Intel’s netbook and tablet group, in an interview.

The battle between Intel and ARM is the biggest collision in the entire semiconductor industry. With Atom, Intel is trying to extend its PC hegemony into tablets and smartphones. But ARM has the upper hand, since it started with a low-power architecture and is already built into billions of low-power devices such as ordinary cell phones. ARM is moving up into the  computer-like tablet and smartphone devices.

While Intel is the world’s largest chip maker, it has to compete against ARM’s army. ARM doesn’t make chips itself. It designs a general architecture. Its licensees such as Qualcomm, Marvell, Broadcom, and Nvidia design chips based on the architecture that are used in mobile devices.

Intel’s Atom chips are becoming more power efficient with each generation. Kircos said that Intel will use its manufacturing muscle to accelerate its attack on ARM by leaping to new technology faster. The Oak Trail chips are made with 45-nanometer manufacturing. (A nanometer is a billionth of a meter). Intel will make the Cedar Trail chips with 32-nanometer technology. Each time it makes such a leap in manufacturing, Intel can build its circuitry smaller, resulting in faster, smaller, cheaper, and less power-hungry chips.

The Oak Trail chip, for instance, is 60 percent smaller (and therefore about 60 percent cheaper to make) than the previous generation Atom. For consumers, the new chips will deliver features such as smaller, thinner, fanless devices that can last a day on battery power.

That rate of introduction shows that Intel is moving faster than Moore’s Law, Kircos said. Moore’s Law, postulated in 1965 by Intel Chairman Emeritus Gordon Moore, predicts that chip capacity will double every two years. Intel is trying to double that pace so that it can double its chip capacity and other features every year at least for the Atom product line.

In 2013, Intel will launch a 22-nanometer Atom chip. Normally, chip makers move to a new manufacturing technology every couple of years. But by putting out a new Atom chip on a new manufacturing process three years in a row, Intel is showing that it is dead serious about staying ahead of ARM. To match Intel’s effort, ARM’s partners will have to invest billions of dollars in their own chip factories.

Customers using Oak Trail include Evolve III, Fujitsu, Lenovo, Motion Computing, Razer and Viliv. New tablets with the Intel chips will start shipping in May. Then, later this year, Intel will debut new Atom chips code-named Cedar Trail. Those chips for the netbook and entry-level desktop markets will appear in the second half of 2011.

The Intel Atom Z670 is a single-core (one brain) chip that runs at 1.5 gigahertz. Kircos said the exact battery life will depend on actual tablets, but most of the new tablets using the new Atom will be able to run a full day on one battery charge.

Not only will the new chips have better media, graphics, and power consumption. The Cedar Trail chips will have features such as Intel Wireless Music (which lets you play music anywhere in the home), Intel Wireless Display (for displaying a mobile device’s screen on a big-screen TV), PC Synch (for synchronizing with a PC), and Fast Boot (for starting instantly).

The new Atom chip, unveiled at the Intel Developer Forum event in Beijing today, will give customers a choice of operating systems. It will run on Google Chrome and Android, MeeGo, and Windows operating systems. The Z670 chip will have faster video playback, fast internet browsing, and longer battery life. It can play 1080p video, and it supports high-definition multimedia interface (HDMI) and Adobe Flash for rich animations.