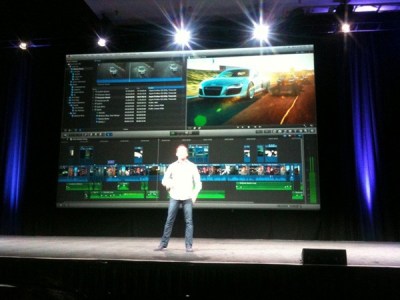 Apple has finally announced the next generation of its professional video editing software, Final Cut Pro X, which can take advantage of powerful new hardware and hefty amounts of memory thanks to 64-bit support.

Now that Final Cut Pro is officially a 64-bit application, it will be able to use more than 4 gigabytes of memory. That’s something that will be particularly useful to video editors dealing with lengthy films and large high-definition files. It’s also a feature that consumers have been demanding even before the release of the last version of the software, Final Cut Pro 7, in 2009.

Adobe Premiere, a direct competitor to Final Cut Pro, has been offering 64-bit support for over a year.

Final Cut Pro X will also be able to handle 4K HD clips — a video standard that is just beginning to make its way to movie theaters, and which offers significantly more resolution than 1080p HD videos — on Macs with 8 CPU cores.

Other new features include a revamped interface that resembles iMovie, instant background rendering, auto image stabilization, people detection and more. You can catch a glimpse at what the software offers below from its announcement at the NAB conference.

Final Cut Pro X will be available on the Mac App Store in June for $299 — a price that puts it well below Adobe Premiere and other professional video editing suites.

Via Engadget, video via Rob Imbs