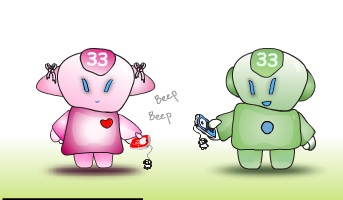 Gree is a major mobile social network in Japan. Mig33 has a growing platform in emerging countries. Today, the two are teaming up to extend their networks for mutual benefit.

The alliance will help Gree expand beyond Japan’s borders, while Singapore-based Mig33 (spelled mig33), which is big in Asia and emerging countries, will get access to users in Japan. Game developers who have games on either platform will have access to users on either platform now, as the platforms will be compatible. Both companies will thus be able to rapidly expand their “mobile first” strategies, where they target regions where mobile phones are more important than computers. 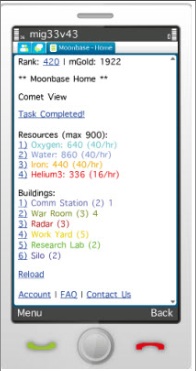 Mig33’s audience is different, since it has focused on getting users for its mobile social network in places such as India, Africa, the Middle East, and Asia. While other big players focus on smartphone markets, Mig33 has focused on the owners of humble feature phones, which are older but still have the ability to play simple games. Now game makers can create social games and other apps based on Mig33’s virtual economy and distribute them across a bunch of territories they couldn’t otherwise reach.

“Mig33 is thrilled to partner with Gree, as this opens up tremendous opportunity for social game developers everywhere,” said Steven Goh, CEO and co-founder of Mig33. “Today’s announcement changes the face of social gaming throughout Asia, as the millions of mobile users in emerging markets far beyond China and Japan are now within reach.”

Mig33 doubled down on games in November with the launch of its Game Developer Program, which allows developers to create games using a free-to-play business model, where players can start playing games for free and pay real money for virtual goods in small transactions.

Mig33 was founded in 2005 and is a former DEMOgod award winner. It has raised $34 million from investors including Gree, Pak Sugiono Wiyono Sugialam, Accel Partners, Redpoint Ventures and DCM. Gree has more than 24 million users and was founded in 2004. Based in Tokyo, it offers users a variety of mobile services on top of their smartphones.