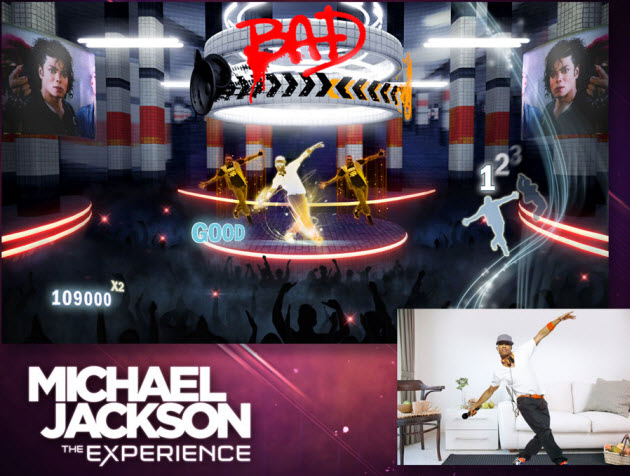 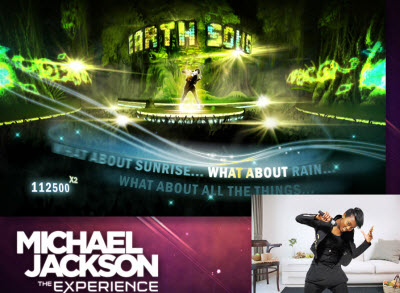 Music game fans have shifted their collective taste from Guitar Hero style games to dance games, thanks to the new motion-sensing technologies that make kinetic games much more fun. No one is happier about that than Ubisoft, the French video game publisher that dominates the dance genre. The company’s new dance games represent one of the video game industry’s best chances for a revival of growth on the consoles.

Today, Ubisoft hopes to take another leap ahead of rivals as it launches Michael Jackson The Experience for Microsoft’s Kinect motion-sensing system for the Xbox 360 and Sony’s Move motion-sensing controller for the PlayStation 3. The game debuted on the Nintendo Wii in the fall, shipping more than 3 million units. But this new version has been completely revamped to suit players on the motion platforms.

“Dance games have become the biggest genre in music, and this game is probably the biggest launch of a Kinect game in the first half of 2011,” said Tony Key (pictured below), senior vice president of sales and marketing at Ubisoft in North America. “That’s measured in the size of our campaign and the scope of the title.” 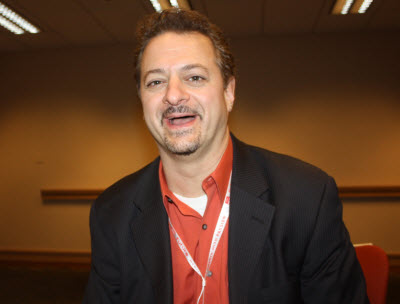 Music games started a wild ride with the launch of Guitar Hero in 2005. The game, where users played a faux guitar to match the rhythm of music on the screen, was an instant hit. Made on a budget of just $1 million, the title helped music games overtake sports as a game category in 2008. The category grew past $2 billion in the U.S. in 2008, but Activision Blizzard, Electronic Arts and MTV milked the genre with one Guitar Hero and Rock Band title after another.

Gamers tired of the sequels, and by 2009, the genre began to collapse, with sales falling to $1 billion. In 2010, music game sales fell below $400 million, according to analyst Michael Pachter of Wedbush Morgan. In February, the market got so weak that Activision Blizzard announced it would shut its music game division, laying off hundreds of employees and canceling all further Guitar Hero games.

One interesting thing about the Guitar Hero bubble is that retail sales of Xbox 360 and PS 3 games were artificially inflated by the success of music games over the last four years. If you take out the music category entirely, those two consoles saw a doubling of their sales during that time. That means that if there is a major hit in the music category, then growth could suddenly come back to the entire video game sector.

“It’s a successful brand already thanks to the Wii game, and the Kinect version projects you onto the screen,” Key said. “You get to be the star of his videos.”

The Kinect version is particularly interesting, since Ubisoft uses the Kinect camera to capture a video image of the player. It then pastes that image into the dance sets that the player sees on the screen. You can thus see yourself dance and you have to try to match the movements of the background dancers behind you. The Kinect experience is a lot more interesting than just holding a controller in your hand, as you do with the PlayStation Move or Wii versions of the game. 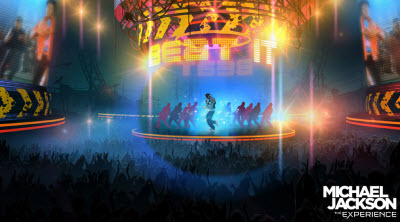 The dance game uses the same Player Projection technology that Ubisoft developed for the Your Shape fitness video game for the Kinect. You can dance in the same environments as Michael Jackson’s famous videos that were set in pool halls and other familiar places.

The Kinect version also lets you sing like Michael. The Kinect has microphones that listen to your voice and figure out if you’re singing in tune and have the right timing for the lyrics. It’s somewhat forgiving, but you get a good score if you’re a good singer.

So far, the dance genre games are feeding off of each other, much like Guitar Hero and Rock Band did in a few years ago. MTV’s Dance Central did so well that it whet users’ appetite for more Kinect dance games, Key said. And every time Ubisoft launches a new dance game, the older dance games start selling more units, Key said.

“This new game is the next generation of dance games on Kinect,” Key said. “The category isn’t saturated and it has a lot more potential. There hasn’t been a good dance game made yet for the PlayStation Move. People who liked Dance Central are ready for more, and who better to bring it to them than the king of pop?”

Who knows? Maybe Activision Blizzard will jump on the bandwagon and do its own dance game.