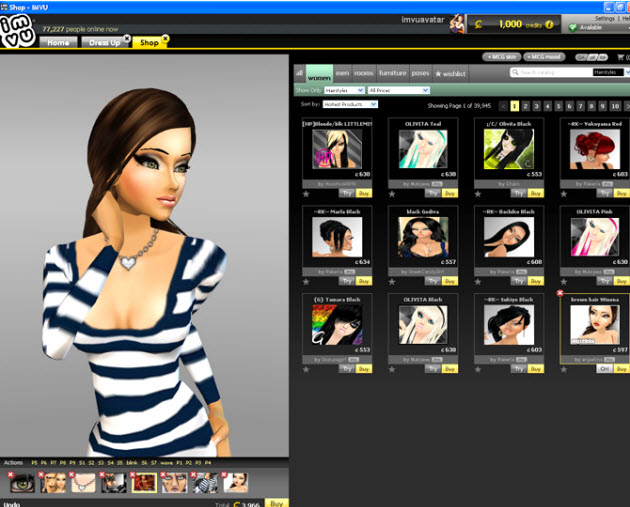 IMVU has been selling virtual items such as clothing to its virtual world users for a long time. But the company saw some good success by taking the group-buying model from Groupon and trying it out in the first world.

The experiment shows that the group-buying tactics that are remaking shopping in the real world could also have a similar effect in the virtual goods marketplaces that are spreading like wildfire through web, mobile and social network applications. Groupon’s group-buying site has revolutionized online local shopping in the past couple of years, generating considerable sales and a valuation said to be as much as $25 billion. 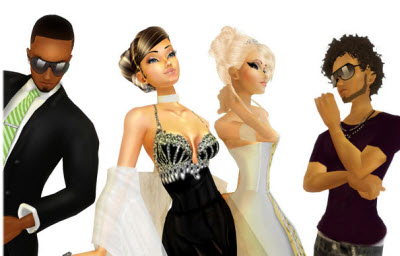 On March 27, Palo Alto, Calif.-based IMVU ran a special offer dubbed IMVU Crewpon that let users buy virtual currency in the world for 50 percent off the regular price, as long as 300 users took advantage of it.

IMVU tried out the Crewpon promotion a second time this past weekend, Clancy said, selling 40,000 credits for $25. This time, 2,671 users participated and generated $67,000 in revenue for IMVU.

“It shows us that the group dynamic really helps with merchandising,” said Lee Clancy, senior vice president of product management and general manager of direct revenue at IMVU, in an interview. “The same format that works in the real world is doing great in the virtual world. The most engaged users are participating first, but we think a broader group of users is also interested.”

In IMVU, users create their own avatars, or virtual characters (pictured). They can then create their own rooms and scenes, socialize, and chat with friends. They can create and buy all sorts of virtual clothing. Thanks to the user-generated content, there are more than six million items in the IMVU catalog and 7,000 new ones added each day. Users buy virtual currency, which they then use to purchase goods.

Virtual purchases, in turn, have generated a healthy business for the virtual world, which recently added a bunch of social games. The company has more than 50 million registered users and more than 10 million unique visitors a month. It is generating revenue of more than $40 million a year.

Many users play for free. So getting them to make virtual goods purchases is a high priority, and the Crewpon promotion looks like a winner in that respect.

The company started working on the group offers after a quality-testing employee suggested the idea. A few days later, developers were ready to post their first experiment.

The “Crewpon” name is an obvious tongue-in-cheek rip-off, but many things in IMVU mimic the real world in some way. Of course, Groupon doesn’t really have to worry about virtual copycats. There are dozens of Groupon clones in the real world that are more direct competitors.

“We are playing back a broad cultural phenomenon with Groupon,” Clancy said. “We are in the early days of it, but we will definitely continue.”

IMVU was founded in 2004 and has around 90 employees. Backers include Menlo Ventures, Allegis Capital, Bridgescale Partners and Best Buy Capital. Rivals range from Second Life in the virtual world business to Zynga and hi5 in social games.