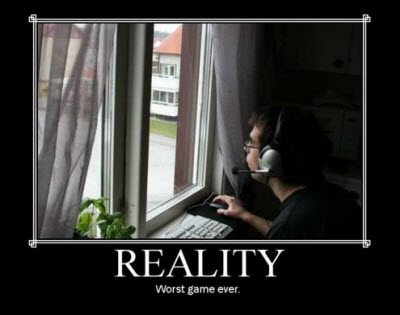 If there’s any evidence that gamification has hit its hype peak, this is it. Gartner says that by 2015, more than 50 percent of companies that manage innovation will gamify that process.

Gamification is the process of making non-game things more game-like, such as making a business contest more competitive by adding a leaderboard or achievements. In the past year or so, the idea has gained a lot of currency among investors, startups and game industry veterans.

We have written many stories about gamification as espoused by Gamification conference organizer Gabe Zichermann and the somewhat different “game thinking” touted by game design veteran Amy Jo Kim, but it’s interesting to see the words of the early proselytizers of this trend emerge from the high priests of enterprise analysis at Gartner. In fact, the idea of gamification is getting so popular it’s stirring backlash, said Tim Chang, principal at Norwest Venture Partners.

With Gartner on board, the advocates of gamification can feel like they’re becoming more credible. By 2014, the market researcher predicts that a gamified service for consumer goods marketing and customer retention will become as important as Facebook, eBay or Amazon. More than 70 percent of Global 2000 organizations will have at least one gamified app.

“Gamification describes the broad trend of employing game mechanics to non-game environments such as innovation, marketing, training, employee performance, health and social change,” said Brian Burke, an analyst at Gartner. “Enterprise architects, CIOs and IT planners must be aware of, and lead, the business trend of gamification, educate their business counterparts and collaborate in the evaluation of opportunities within the organization.”

Chang at Norwest said that gamification will infiltrate much of society and business in the next year. But Jeremy Liew, a partner at Lightspeed Venture Partners who spoke on game investments at the SF Game Developers Workshop this week, is one of the skeptics. He said that gamification won’t work if you don’t want to do the activity that is being gamified. For instance, he said, “I should eat less and exercise more. But I don’t.”

As an example of gamification, Gartner cited the U.K.’s Department for Work and Pensions, which created an innovation game called Idea Street to decentralize innovation and generate ideas from its 120,000 people across the organization. Idea Street is a social collaboration platform with the addition of game mechanics, including points, leaderboards and a “buzz index.”

The employees went wild for it. Within the first 18 months, Idea Street had approximately 4,500 users and had generated 1,400 ideas, 63 of which had gone forward to implementation. Further examples include the U.S. military’s “America’s Army” video-game recruiting tool, and the World Bank-sponsored Evoke game, which crowdsources ideas from players globally to solve social challenges, Gartner said.

Gamification gets people more engaged, helps change behaviors and stimulates innovation, Gartner said. The applications in business include accelerating feedback cycles by incenting users to give feedback. Gamification sets clear rules and a compelling narrative for players to feel empowered at a task. And it sets up tasks that are achievable.